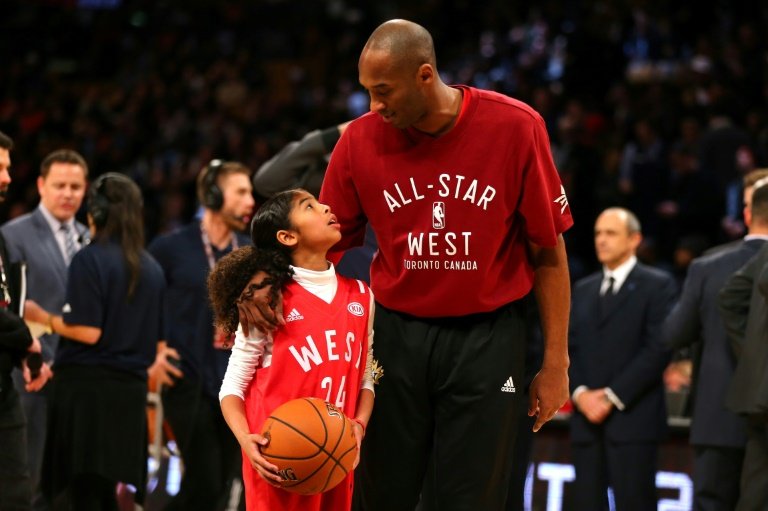 The WNBA, the American Professional Women’s Basketball League, announced Friday that it will award the Kobe and Gigi Bryant Trophy every year starting in 2021 to reward those who promote the development of women’s basketball.

“The Kobe and Gigi Bryant Trophy will recognize an individual or a group of people who have made significant contributions to the visibility, perception and advancement of women’s basketball at all levels of practice,” said the WNBA.

The NBA affiliate WNBA said Vanessa Bryant, widow of the legendary Kobe Bryant who died in his helicopter crash in late January, will “play a key role in determining the recipients” of this trophy.

“She will present the trophy every year during the All Star Game weekend,” added the WNBA, referring to the gala match which pitches the best players in the NBA Championship each year in mid-February.

“Kobe was an unwavering supporter of women’s basketball and Gianna shared her passion and attachment for our sport,” said WNBA boss Cathy Engelbert.

“This trophy will honor them and echo Kobe’s determination to train the next generation of players, promote our sport and give back to the great basketball family what they had given them,” she added. .

On January 26, Kobe Bryant, one of his four daughters Gianna, 13, and seven others perished in a helicopter crash, which crashed in foggy weather against a hill, northwest of Los Angeles.

Gianna, nicknamed “Gigi”, wanted to become a professional player in the WNBA Championship. She often accompanied her father, a five-time NBA champion with the Los Angeles Lakers, to NBA and WNBA matches, improved with him in the gymnasium of their villa and he coached his college team.

During its Draft 2020, the annual scholarship for the best players out of the university system, organized on Friday, the WNBA paid tribute to Gianna and two of her teammates who died in the helicopter accident “by selecting them in an honorary manner”.

“These athletes represented the future of the WNBA,” said Cathy Engelbert.

“Thank you so much for honoring my Gigi, reacted from her side her mother Vanessa. It would have been a dream for her. She worked tirelessly, every day. She wanted to be one of the greatest sportsmen of all time, like his father”.