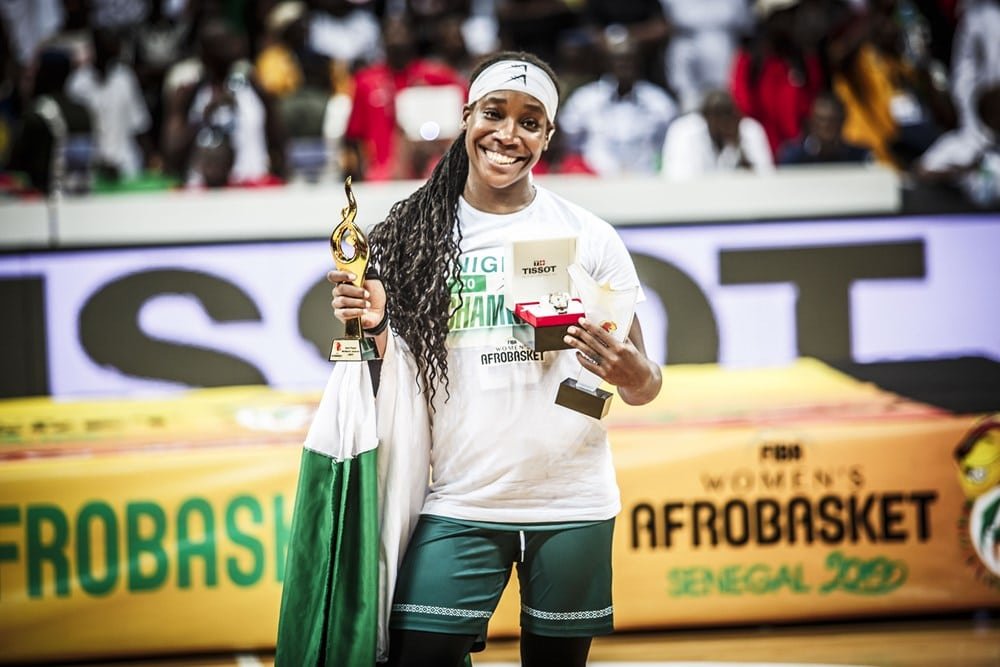 DAKAR (Senegal) – Ezinne Kalu has been named the Most Valuable Player of the 2019 FIBA Women’s AfroBasket after leading Nigeria to back-to-back continental titles on Sunday in Dakar.

The 27-year-old guard was phenomenal throughout the eight-day tournament in Dakar, coming up with incredible plays for the two-time defending champions.

And it was in Friday’s 79-58 semifinal win against Mali that Kalu reiterated her MVP credentials after hitting five of her ten three-points attempts to finish with a game-best 19 points.

In the process, she helped Nigeria become the first team to win back-to-back FIBA Women’s AfroBasket titles since Angola did it in 2013.

Ever since Kalu made her debut for Nigeria at he 2016 FIBA Women’s Olympic Qualifying Tournament, – where she hit a three-point winner that relaunched Nigeria in the Rio Olympics race – the 1.78m (5ft 8in) guard has been fundamental for the West African country.

And they may have missed a spot for the Rio Games’ by a whisker three years ago, but Kalu’s Nigeria have a second chance in November when they take part in the pre-qualifiers for the 2020 FIBA Women’s Olympic Qualifiers.