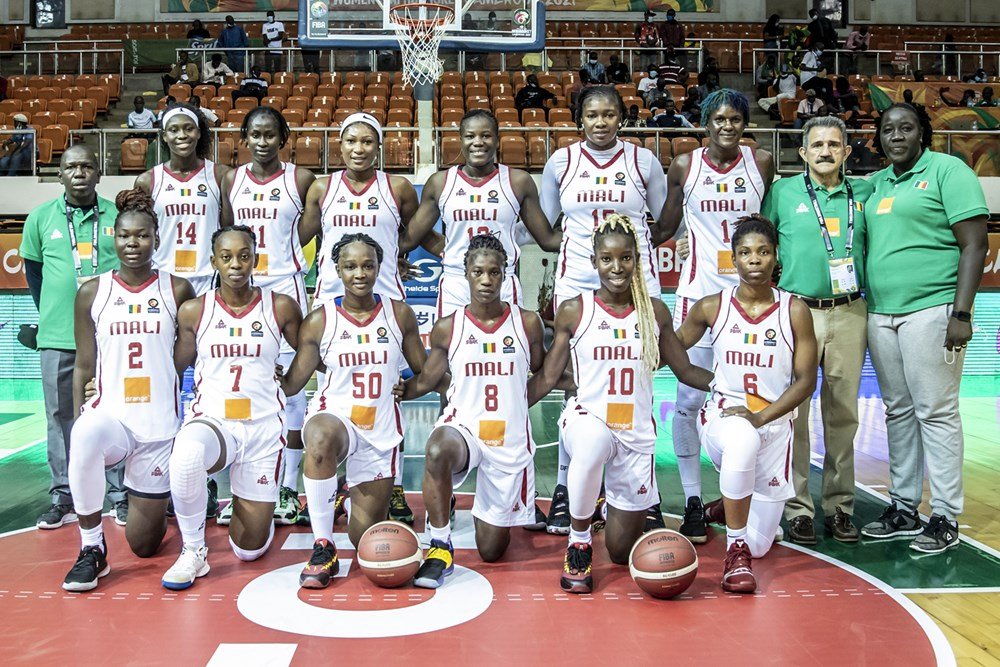 BAMAKO (Mali) – Replacing Sylvain Lautie, who led Mali to a Third-Place finish at the FIBA Women’s AfroBasket in Dakar, Senegal, is no easy feat.

Joaquin Brizuela Carrion, who was assigned the task of managing the Mali national squad in June, is conscious of this.

But the Spanish is adamant that he can see to it that Mali make more than just an appearance at the premier competition for women’s basketball in Africa.

When the tournament tips off, on September 18, Carrion will have the responsibility of leading Mali to an excellent start against Tunisia in Yaounde.

In fact, it will be the first time that he will be at the helm of a women’s national squad. And though the tension is here, he is not the slightest impressed.

“I’ve been training coaches and players all around Africa,” he reveals. His destinations on the continent include Cape Verde, Angola, Gabo, DR Congo, and Senegal. Outside of Africa, he traveled to England, Costa Rica, Czech Republic, Portugal, Brazil, and Columbia, among other countries, where he shared his knowledge about the sport.

Aminata Sangare has been called to the senior national squad

As a result, he feels that his broad expertise will assist him. “I’ve heard about the competition and am aware of it. I’ve worked on training and development programs all across Africa, but this will be my first experience leading a national team,” he confesses.

But he is not one to be disoriented in the wake of the discovery. It is quite the opposite for the Spanish coach, who is setting the bar high for his first appearance.

“What I want is to help Mali play their best basketball in Yaounde. We have the potential and my job is to get the players to rise up to what they are really capable of,” he says, speaking to FIBA.basketball.

He will have the opportunity to prove himself on Day 1 of the tournament when Mali will clash with Tunisia in what is already a do-or-die game for Group D. After the Tunisians, Kankou Coulibaly and others will have to overcome Cote d’Ivoire in their second game of the tournament. “We’ll need to have the best start to the tournament,” he notes.

However optimistic he might be, Carrion could face a variable during the build-up to the Women’s AfroBasket. The absence of experienced players has forced him to come up with a new plan, which includes young players.

The likes of Sika Kone, Aminata Sangare, and Maimouna Haidara, who just competed in the FIBA Basketball U19 Women’s World Cup have been called to fill the gap left by the absence of the team’s key players. And he has no doubt about their ability to perform in Yaounde.

“They are young, but they are as motivated as anyone. And I don’t believe that they will bear any fatigue or stress from their World Cup run. All they want to do is play.”

Then comes the big question: can Mali be title contenders? “I won’t say anything about us being contenders or outsiders. All I know is that you get what you deserve for every single error on the court,” confesses coach Carrion.

Mali, who booked third place two years back, are looking to improve their ranking in Yaounde. But they know that things will not be as easy as it seems as other teams are on the lookout. “See Nigeria, for example. They are the No.1 title contenders. They have worked all summer, going to the Olympics, and they are coming to Yaounde, as hungry as ever before,” he acknowledges.

What about Mali’s ambitions, then? Are they limited to just producing their best basketball? “Of course not,” replies Carrion. “We all want to finish in a better position than last time. But to reach that goal, we need to have a strong start and get better every minute we spend on the court,” concludes the 63-year-old Spanish.