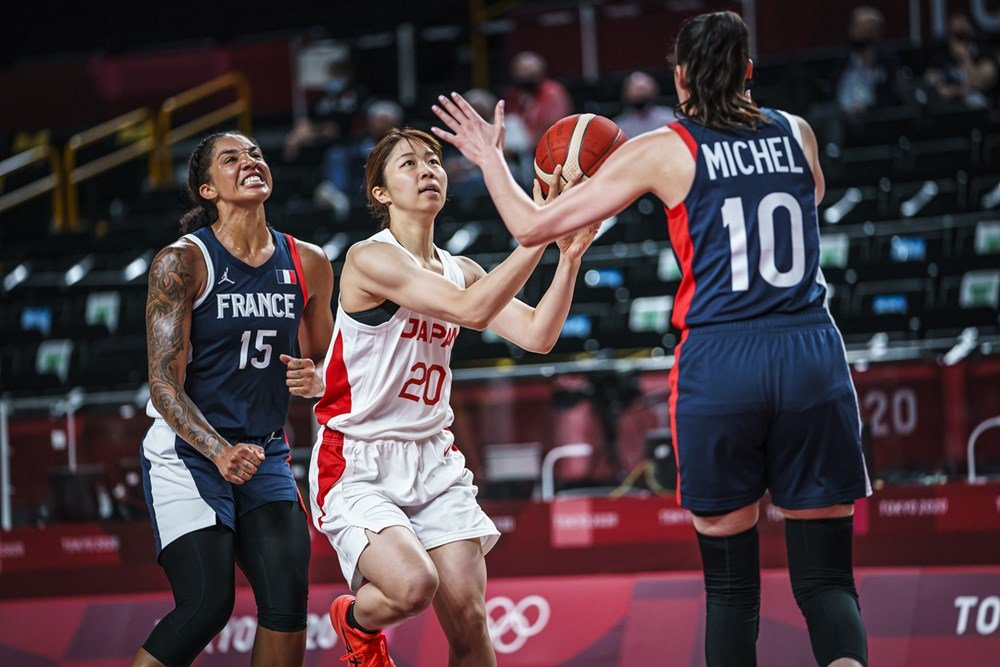 The France team was beaten this Tuesday morning by Japan (70-74) in their opening match of the Olympic tournament.

The French team, reigning European vice-champion, lost in their opening match this Tuesday morning against Japan (70-74). Against a team a priori the weakest in their pool, the French have never managed to get out of the all-terrain pressure of the locals to start their Olympic tournament in the worst possible way. The third defeat in a row against Japan, after those at the Rio 2016 Olympics and a friendly the same summer.

Yet the players of Valérie Garnier had made a good start. Well awake despite a match at dawn (10am) for players used to playing in the evening, the French got their hands on the ball and the entry score thanks to six points in five minutes from Sandrine Gruda (11-5, 5th ). Les Bleues even had an eight point lead in this first quarter (17-9, 8th), before the entry of the Japanese Evelyn Mawuli revived the locals (17-13 at the end of the first quarter).

Awkward at the start of the game, the Japanese set the sights somewhat to pass in the 16th minute (29-30), strong in their moving game difficult to follow defensively. However, despite some defensive leaks and absences from the marking, the French turned at the break with two points ahead (36-34).

More and more rhythmically, the players of Thomas Wayne Hovasse were still pressing on the accelerator, well helped by the French women a little behind in the impact. It took almost five minutes in this third quarter for France to unlock its counter, leaving a good margin for Japan (39-47, 25th).

Shaken, the Blue could then count on their attacking leader Sandrine Gruda to straighten the bar. Author of six points in the first quarter, the French added eight in this third act to allow the vice-champions of Europe to be in ambush for the attack of the last quarter (49-52).

And while the intensity was still rising a notch in the pressing on both sides of the field, Sarah Michel intercepted a precious ball to restore the advantage to France (59-58, 35th). The money-time was approaching and the Japanese regained the address with three prize-winning baskets in quick succession. A hemorrhage that the Blue always contained thanks to Gruda (68-69, 59th, 18 points and 9 rebounds in total).

But a new three-point basket from Nagaoka put the French women back to the wall (68-72, 25 ” from the end). And despite an interception by Gabby Williams (70-72, 5 ” from the end), the French lost 70-74 for their entry into the running, before facing Nigeria, then the United States. Qualifying in quarters will not be easy.