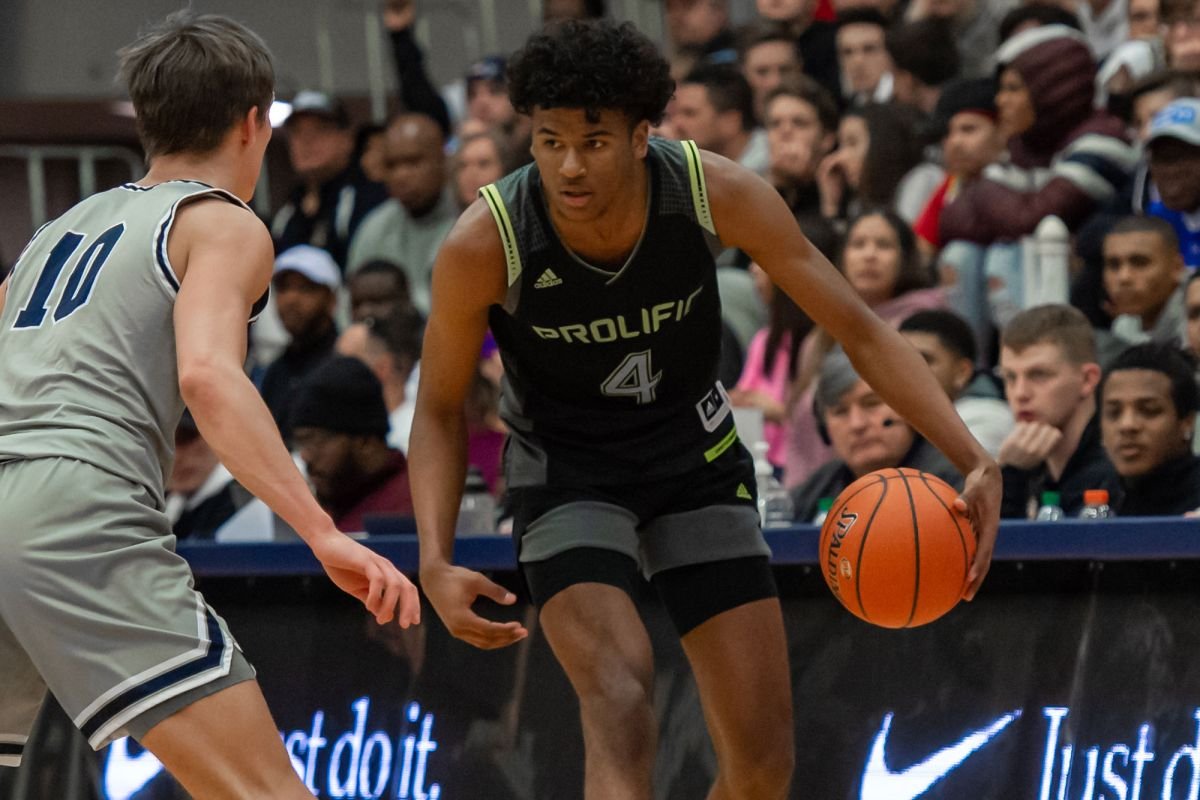 Jalen Green, considered among the top candidates for the 2021 NBA Draft, has opted to skip college and join a new select team program for young talent offered by the NBA G-League that offers salaries and the chance to develop with pro teammates.

Some American high school basketball stars are taking a new and more profitable road to the NBA than the usual college route — the G-League’s new elite Pathway Program squad.

The development plan for players waiting the one year after high school before they become eligible for the NBA allows them to prepare like a pro, be coached by pros, play alongside and against veteran talent, avoid university classes and, unlike collegians, receive a salary.

“We’ve been asked by the basketball community to provide an alternative to the traditional route,” G-League president Shareef Abdur-Rahim says. “We want to be available to young players. We believe the marketplace demanded it.”

Jalen Green, a guard of Filipino descent considered one of the best US prep players, became the first to join the G-League team, reportedly for a $500,000 salary. Forward Isaiah Todd and guard Daishen Nix followed for a reported $250,000 to $300,000.

“A lot of opportunities came,” Green said in a social media video. “But the ultimate end goal is to get to the NBA.”

The team, open to all global talent, is expected to play a schedule of 20-25 games against international lineups and clubs in the G-League, the top talent development squads for NBA teams.

It allows more time for workouts and instruction with almost as many games as a college season would offer.

Teens who might have played gone to teams in Europe and Australia, as 2020 NBA Draft top pick contender LaMelo Ball did in 2018 in Lithuania or last year for the Aussie league’s Illawarra Hawks, now have a new US-based non-college opportunity.

“If an athlete has a chance at a salary and goes to the G-League, I applaud that,” Gerald Gurney, a college sports expert from the University of Oklahoma, told AFP.

US teen LaMelo Ball, who went to Lithuania to play in 2018 and joined an Australian team last year, is expected to be among the top picks in this year’s NBA Draft / AFP/File / Petras Malukas

“You are probably better off in the G-League. That’s a good option rather than going to college.”

The pathway team prompted Nix to back out of a commitment to UCLA. Todd had said he would attend Michigan but never signed a letter of intent while Green, who helped three US teams to global youth crowns, went directly to the G-League.

“Jalen will learn from an NBA-caliber coaching and player development staff as he begins his professional basketball journey,” former NBA player Abdur-Rahim said on the G-League website.

“He represents the next generation of NBA players, and we couldn’t be more excited to have him develop his professional skills in our league.”

University of Memphis coach Penny Hardaway, who hoped to land Green, told the Memphis Commercial-Appeal newspaper he objected to the G-League as a new recruiting rival.

“Taking guys out of their commitments they have already signed and continuing to talk to their parents, it’s almost like tampering,” said former NBA star Hardaway. “I really don’t agree with that.”

“my issue with the G-League trying to entice players by giving them more money is not the kids that you’re getting — it’s the thousands of ninth and 10th graders that think that’s how they’re going to make it.”

While most will fail, it’s not like colleges don’t make kids dream of NBA careers, often with school photos of pro stars in university locker rooms.

“That’s what’s worshipped there,” Gurney said. “Most elite athletes have one thing in mind and that’s to get into a major sport.

“The more options a high school player has, apart from the academic setting, the better. I celebrate that.”

High school star Jalen Green, left, drives to the hoop against R.J. Hampton in a prep showcase event, but he might soon be taking on players who have been in the NBA as he works with a G-League team for future NBA prospects / GETTY IMAGES NORTH AMERICA/AFP/File / ELSA

Abdur-Rahim says the G-League program “doesn’t have a huge impact on the NCAA” and dismisses tampering talk, telling ESPN: “Our process has been educating folks and letting folks know what we’re providing.”

“It’s a step in the right direction,” Gurney said of the new plan. “But it’s far too limited for the athletes.”

And it could be delayed in court for years to come, Gurney saying, “The anti-trust lawyers are licking their chops.”