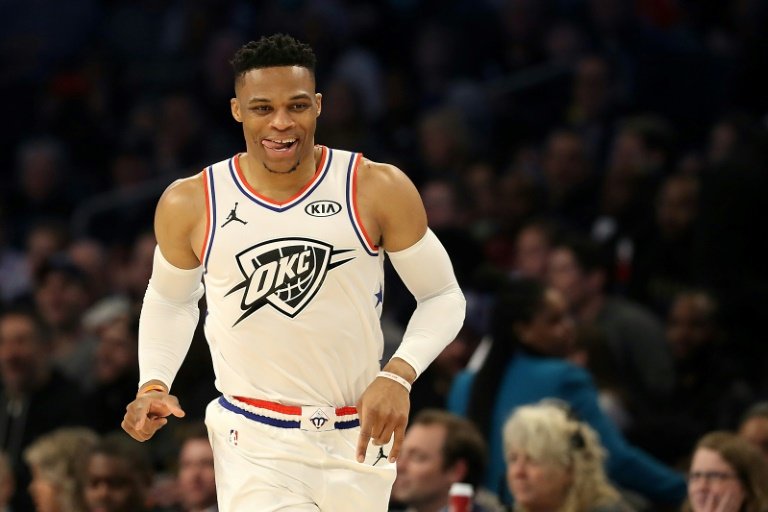 Oklahoma City leader Russell Westbrook became Tuesday the second player in NBA history to earn a double-triple-double, with 20 points, 20 rebounds and 21 assists, and immediately dedicated him to Nipsey Hussle, a recently murdered rapper.

In the Thunder’s victory over the Los Angeles Lakers (119-103), Westbrook matched Wilt Chamberlain’s statistical feat: the 1960s icon had achieved the first double-triple-double of the North American Championship, with 22 points, 25 rebounds and 21 assists, in a Philadelphia 76ers match against Detroit in 1968.

Nipsey Hussle, a Grammy-nominated 33-year-old rapper, was shot dead Sunday in Los Angeles, sparking many tributes from rap stars. He was shot at close range in front of his own clothing store by a man who escaped by car. A suspect was arrested on Tuesday.