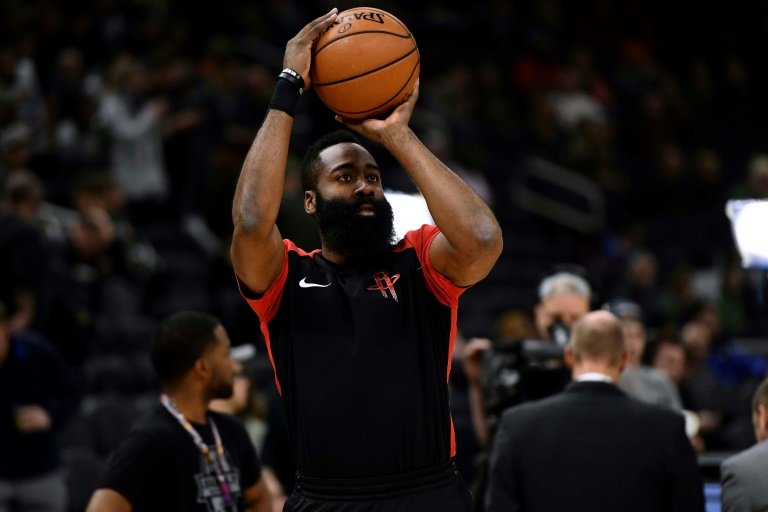 James Harden never rests: in the win against Sacramento Houston (119-108) on Saturday, he scored 50 points, consolidated its favorite status for a new trophy and MVP sent … Oklahoma City and San Antonio in play-offs.
Two weeks from the start of the play-offs, Harden continues to play and take risks as if Houston had yet to clinch his ticket for the finals.

Against Sacramento, “The Beard” spent 38 minutes on the field and still frightened the stats and his opponents.

He followed well into the fourth period of the bench, but when the Kings moved closer to his Rockets, he returned to the floor and scored ten points in a row, synonymous with victory.

The MVP title reached for the ninth time since the end of October the threshold of 50 points and has offered his sixth “triple double” (three categories of statistics to ten units and more) of the season, with 50 points, eleven rebounds and ten assists, the fifth “triple” of his career with 50 points, a feat extremely rare.

He also entered the closed circle of players who scored 2,000 baskets at three points, like eight other players before him.

“I’m just trying to bring my intensity, whether doing a pass, scoring baskets or attempting shoots, “said the best scorer in the 2018-19 Championship (36.4 pts / game). [/ perfectpullquote] “What he does every night is remarkable and it’s been three years since he plays at this level, “said his coach, Mike d’Antoni. [/ perfectpullquote]

By beating Sacramento, Houston ended the Kings’ very slim hopes of snatching their qualification for the play-offs.

The last two tickets to the West have returned to Oklahoma City and San Antonio that did not play Saturday.

48 points for Booker
In the East, the race for qualification remains undecided.

Four of the five teams that are targeting the last three tickets available, were in contention Saturday and they all imposed.

The rating of Charlotte, beaten the day before by the Los Angeles Lakers, is down: the Hornets (10th, 35 v-40 d) now have 2.5 wins behind on the 8th place, the last qualifier for the play-offs .

Finally, in the last meeting of the day, the leader of Phoenix Devin Booker was again inflamed.

Booker, 22, remained on two games to 59 points last Monday against Utah, and 50 points Wednesday against Washington, an average of 52.3 points per game over the last week.

The Lakers were not playing Saturday, but they announced that the 2018-19 season of superstar LeBron James was over, allowing him to fully recover from the hamstring injury that derailed their season.