DAKAR (Senegal) – Reigning champions Nigeria head to the FIBA Women’s AfroBasket 2019 as the best team to stop the hosts who are also record 12-time winners so the big question is, can D’Tigress defend their crown?

They have done it before when they won the 2003 title in Mozambique and went on to defend it two years down the road in front of their home crowd in Abuja.

In 2017 when they lifted the trophy in Mali, not many saw that coming and perhaps that was the basketball gods affirming that only they can tell the future after all.

It was a surprise and that confidence heading into the FIBA Women’s Basketball World Cup 2018 in Spain that saw them finish eighth will come in handy when they step onto the court in Dakar. They are a completely different team  now – improved in every aspect. 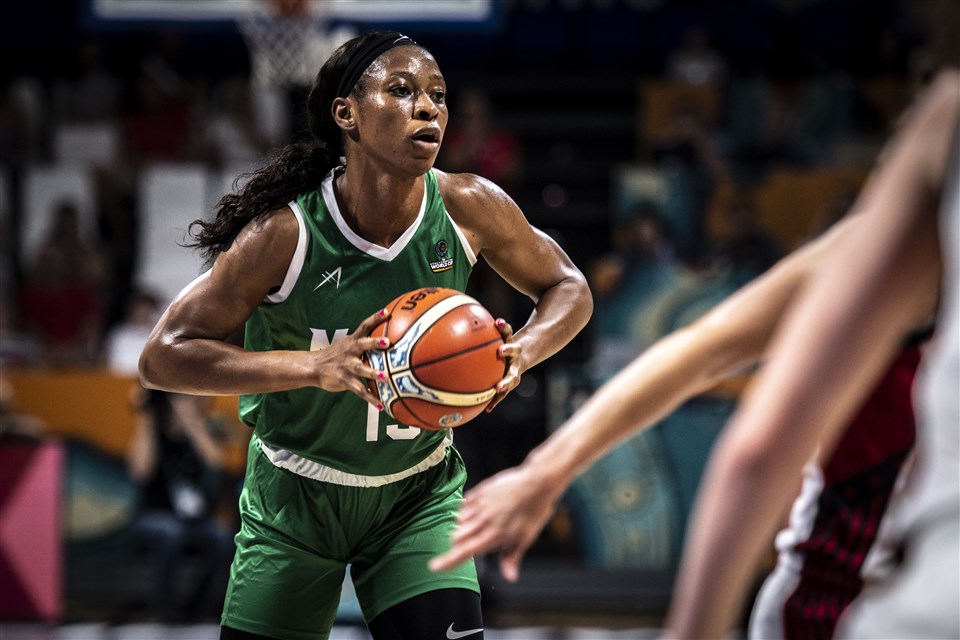 Major talking point: Boasting of one of the strongest FIBA Women’s AfroBasket 2019 rosters, Nigeria come into this tournament as a title favourite and if their form in the past two years is anything to go by then winning their two Group B ties should not be a problem. They have bigger fish to fry later in the tournament.

Absentees: Ndidi Madu, who played a big role two years ago to help Nigeria win their third African title, hanged her boots and returns to this event in a coaching role as the assistant to American tactician Otis Hughley Jr. The ever energetic Cecilia Okoye has also since retired from professional basketball.

Key players: Nigeria’s most outstanding player two years ago Evelyn Akhator is expected to once again play a very key role for D’Tigress in Dakar. Her humility off the court misguides many but instead her statistics on court say otherwise. She prefers to do the talking on the court – where it matters.

Captain Adaora Elonu’s efficiency, leadership and experience on court as well as point guard Ezinne Kalu leading the back court should add flavour to the D’Tigress squad.

Bottom line: Making it out of Group B should be a piece of cake for Nigeria but thereafter, they have got to do away with any complacency within their squad. On paper, they have what it takes to go all the way to the final and therefore a chance to defend their title. Major talking point: Finishing second four years ago at home gave Cameroon the coveted high table status in African women’s basketball but what happened two years later in 2017 was mind boggling to say the least.  They finished in disappointing eighth for their quality.

In Dakar, they will need to find themselves and restore their lost glory if only they can maintain focus throughout the game and not go off course in the third quarter which has been their problem when facing bigger opposition.

Absentees: Last September, then captain Priscilla Mbiandja called it a day and her absence from this team will be a big miss but they will have to move on real quick and play according to their strengths at the moment.

Key players: Marie Ange Mfoula as seen in the Zone 4 Qualifiers at home against Democratic Republic of Congo averaging 16 points and eight rebounds speaks of responsibility and the urge to take up the leadership on the boards.

Cinthia Mbakop and Enguel Ongbagnamen will make for good viewing and how they come up against the best in Africa will definitely spell their intentions to conquer Africa.

Bottom line: Cameroon head to Dakar as underdogs and perhaps this is what they need to put in a good shift without any kind of pressure whatsoever to bring out their best. Not so many expect a lot from them back home after the 2017 showing so making it past the Group Phase will be a great way of showing intent. Major talking point: With six players featuring for Etoile Sportive du Sahel in the topflight league, Tunisia will be a tough team to break down because of the chemistry that they come with. After failing to make it to the Quarter-Finals two years ago, this year’s edition presents yet another chance to make amends.

Absentees: As stalwart players Salma Mnasria and Siwar Khlifa called it a day, Tunisia are now trying to build a new identity.

Key players: Houda Hamrouni is the poster girl of this team and her work rate speaks for itself on both ends of the court. Her experience from playing in Morocco is very important going into this tournament.

The pairing of Wafa Loubiri and Marwa Shili will bring a young and expressive aspect to this Tunisian side that is undergoing a transition and dreaming big.

Bottom line: Improving their FIBA rankings and eventually becoming the highest ranked and best team in Zone 1 is their target as they look to continue getting more experience to get closer to conquering Africa.