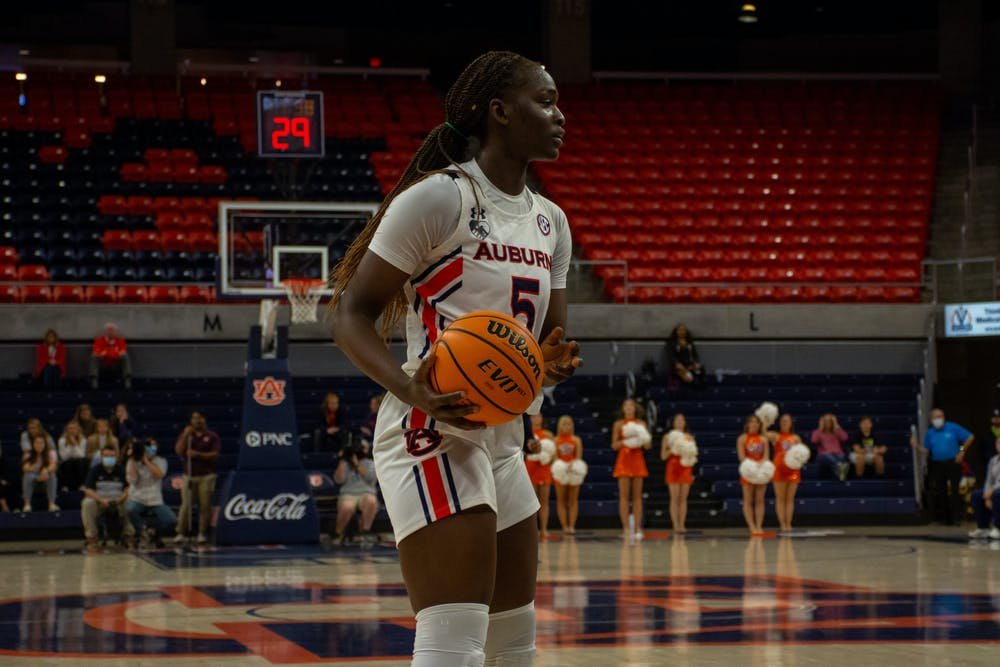 NASHVILLE, Tenn. – Auburn had four players in double-figures and shook off early rust from a long layoff as the Tigers ran their winning streak to four games with a 71-62 victory over Belmont Wednesday night at the Curb Event Center.

The Tigers (6-3) withstood several second-half runs by the Bruins (4-5) but never surrendered the lead as the defense came up with big stops and multiple players contributed on both ends of the court.

“I thought our team played tough,” Auburn head coach Johnnie Harris said. “Again, they showed some resiliency. Every time Belmont came up with a big run, I thought we answered it. We got in a little foul trouble, we had to move people around.

“The chemistry is getting really good. Everybody knows where to look for each other. They’re doing a good job of finding each other. We want to play fast, but we don’t want to get in a hurry. We want to make sure they get a good shot on every possession. I thought they did a good job of being patient and getting good shots.”

Sania Wells had 13 points and was once again perfect at the free-throw line (6-of-6), and Jala Jordan scored a season-high 10 points with a career-best nine rebounds. Annie Hughes added a career-high 10 rebounds along with three points and three assists.

“Jala played more minutes than she probably has in awhile,” Harris said. “But she came up big, almost a double-double. Annie was huge – she didn’t score a lot, but she had 10 rebounds and guarded. She kept our offense moving.

Auburn missed 10 of its first 11 shots but hit four straight to end the first quarter, tying the game 13-13 through 10 minutes. After the teams traded buckets early in the second, Auburn used a 12-2 run punctuated by a layup from Wells to push the Tigers’ lead to 29-21 with just under two minutes to play. The Tigers would lead 31-24 at the break.

Belmont quickly cut the halftime lead down to three points, but a Jordan layup and a Wells trey pushed the advantage back to eight at 36-28. Another Belmont run got the Bruins within four again, but six straight from Coulibaly – including a steal-and-score – gave Auburn its largest lead at 42-32 with 2:16 left in the third.

From there, though, the Bruins went on a 13-4 run to get within one point at 46-5 with 8:15 to play. A corner 3 from Scott-Grayson sparked a 7-0 run, and Belmont got no closer than three points the rest of the way. Scott-Grayson and Coulibaly combined for 18 of Auburn’s 25 points in the final period.

“When AC wasn’t scoring, Honesty was,” Harris said. “You have to pick your poison. And that’s who I’m going to down the stretch.”

Tessa Miller led Belmont with 12 points and 10 rebounds, and Tuti Jones added 11 points for the Bruins, preseason picks to win the OVC.