BEIJING (China) – The 16-team field for the Second Round of the FIBA Basketball World Cup 2019 was confirmed on Thursday, with Czech Republic and Greece set to continue their pursuit for glory in China after claiming the last remaining slots.

The Tomas Satoransky-led Czech Republic registered the surprise of the World Cup by knocking out Turkey in the last game day of the First Round, while Giannis Antetokounmpo and Greece defeated New Zealand to advance.

Both of the newly qualified teams will be slotted alongside each other for the Second Round, completing the Group K lineup alongside Brazil and USA, who had confirmed their berths ahead of time. The other qualified teams were also known beforehand.

The Second Round games will take place in Nanjing, Wuhan, Shenzhen and Foshan.

All teams carry over their First Round records to the Second Round, where they will compete for Quarter-Final berths, with each of the four groups sending two teams to the Knock-Out Phase.

The full schedule for the upcoming World Cup games is available on the World Cup website, where you can also find more information about the competition system. 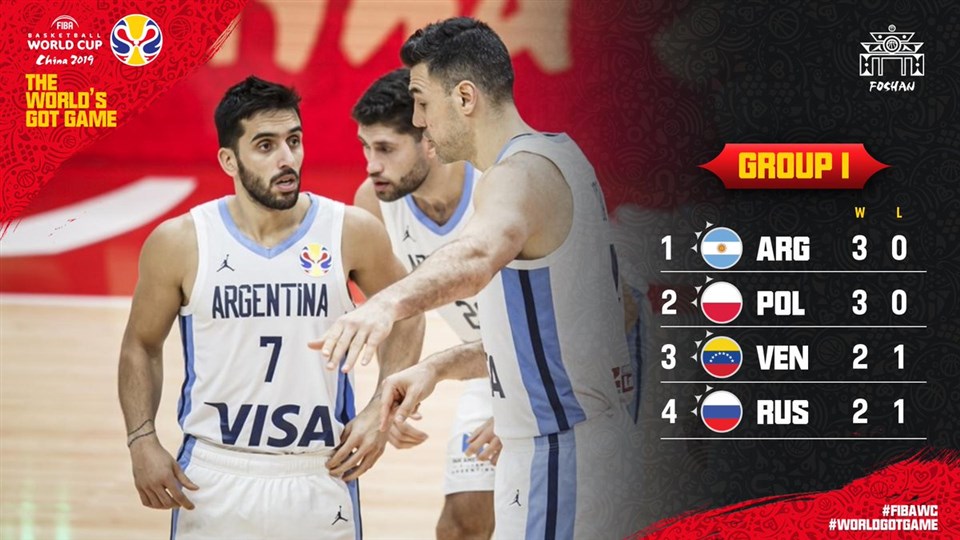 Argentina and Poland will be defending high ground in Group I after topping their respective First Round groups with identical 3-0 records, while Russia and Venezuela will have to leapfrog at least one of their previously undefeated rivals to make it out of the standings. In the Wuhan-based Group J, one of the main title favorites Serbia and Spain will be in pole position after also going without a loss in the first stage of the competition. Joining them are Italy and Puerto Rico, who also fared well in the First Round. There promises to be a plenty of drama in Group K, with defending champions USA carrying over a perfect 3-0 mark from the First Round but receiving a close challenge from the now-eliminated Turkey. Brazil converted their experience and veteran know-how to a spotless mark in the earlier round, as Czech Republic and Greece punched their ticket only last minute. In Nanjing, Australia and France will be optimistic about their chances of reaching the Quarter-Finals after sweeping their First Round opponents, while the Dominican Republic and Lithuania will be looking to pounce on any potential slip-up by their rivals.

Meanwhile, the 16 teams that did not make it past the First Round will continue their campaigns in the Classification Round 17-32, with qualification for the Olympics and the Olympic Qualifying Tournaments on the line as well.

Australia clinched the first of seven direct qualification spots for Tokyo 2020 by locking in their status as the top-ranked team from Oceania, leaving six more tickets available – one each from the best national teams from Africa and Asia, and two per region for Americas and Europe.

The FIBA Basketball World Cup 2019 will conclude on September 15 with the champions being crowned at the Wukesong Sport Arena in Beijing.