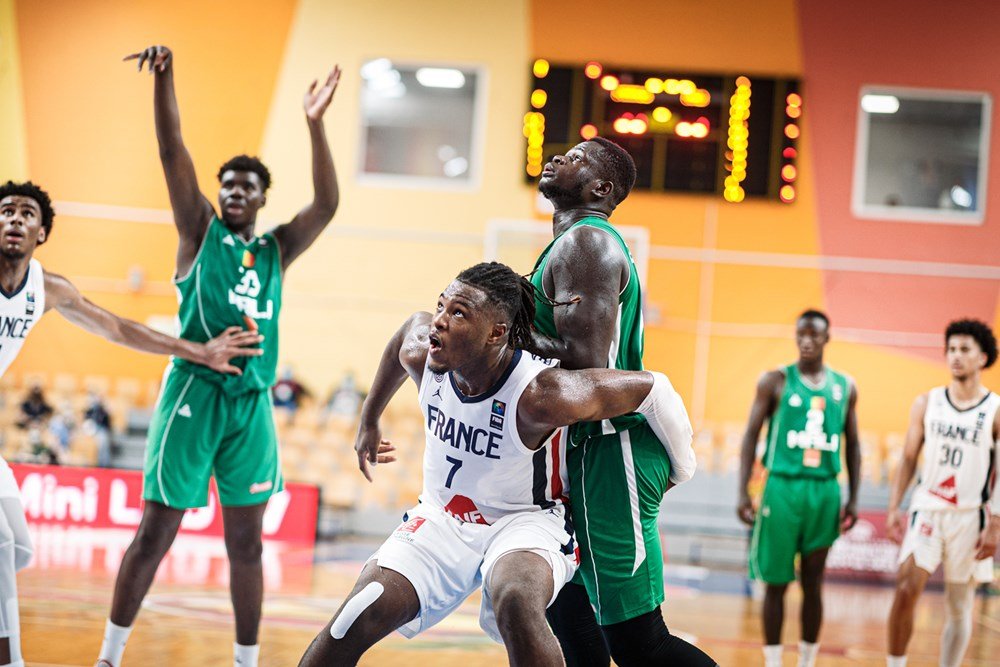 For the match counting for the 8th finals of the FIBA ​​U19 World Cup, the Mali team was clearly beaten by France 86 to 52. In a meeting largely dominated by young French people. Mali has at no time been dangerous for its opponent of the day.

Riga gymnasium audiences watched a remake of the 2019 World Cup semi-final which saw Mali win in 2019 and clinch a historic FIBA ​​U19 World Cup final. Unfortunately, the meeting turned in favor of the French, tactically and technically above our own. (86-52).

With more than 5 players with more than 10 points and carried by a  Jayson Tchicamboud 14 points, 4 rebounds and 8 assits France has offered itself an easy ticket for the quarterfinals. Throughout the match, the blueberries were at no time worried by the Malian team. The Duo Oumar Ballo and Mohamed Sidibe who accumulated 23 points (10 for the first and 13 for the second), could not help the Mali team to continue the adventure as was the case in 2019.

As in the image of the first round of the competition, Mali has continued to persist in its shortcomings, lack of cohesion in the game, the many losses of balls, a defense not strong enough and a lack of efficiency in attack. On 4 matches played the team lost each time largely in the 3rd quarter time: 11-36 against Australia, 25-8 against the United States, 24-6 against France. Mali has accumulated 101 lost balls in 4 games, an average of 25 lost balls per match. Overall, no player stands out from Coach Dicko’s men.