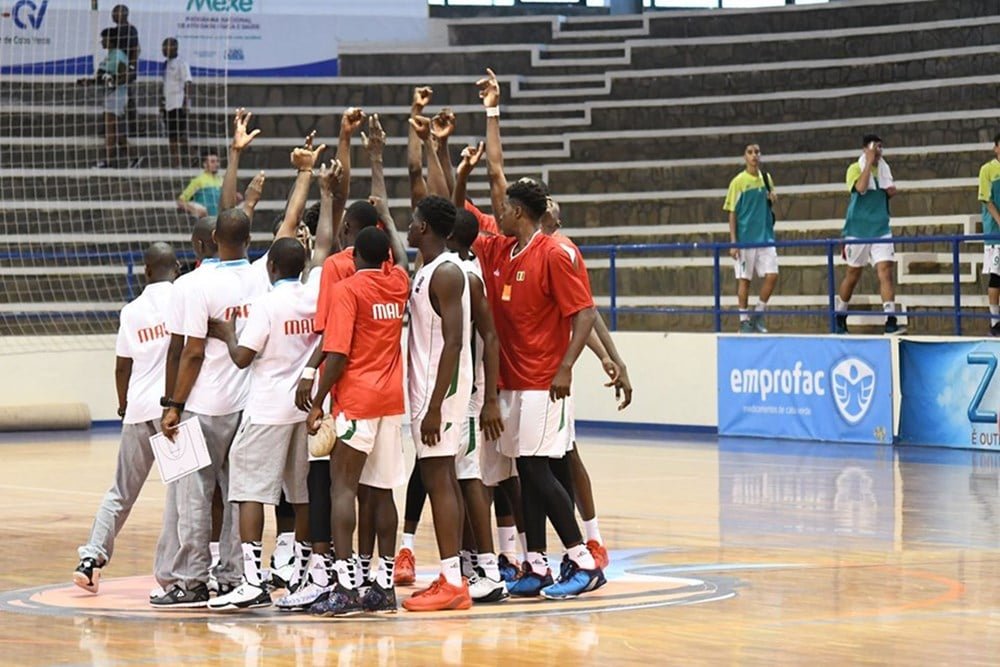 Mali put an end to the dream of the hosts of the competition, in the evening of Friday, largely winning the opposition of the quarter-finals 41-61. Thus Mali completes the list of 4 countries qualified for the semifinals of the African Championship FIBA ​​U16.

After starting the game, beating out, the young Malian won the first two quarter (7-20), then (10-18) and went to the break with a comfortable lead of +21 points.

The second part of the match is fairly balanced with a third quarter very average time on both sides (8-7), nevertheless won by the young blue sharks of Cape Verde.

At the finish, it is Mali who can freely manage their lead and score their ticket for the semi-finals. Only Boubacar Keita managed to score more than two digits (10pts), Souleymane Dembele and Abdramane Kanoute (9 rebounds) helped to add 9 points each, while Daouda Modibo Dembele captured 11 rebounds. On the side of Cape Verde, the 13 points and 13 rebounds of Hugo Silva, were not enough to lead his team to a victory.

Mali joins Egypt, Tunisia, Guinea and Nigeria in the semi-finals of the competition. Mali will be opposed to Nigeria on Saturday at 20:30 GMT and will have to raise his level of play, if he wants to go to the final and win his ticket for a third successive World Cup. The last confrontation between these nations goes back to 2015, when Mali, at home had largely imposed 88-54 at the Afrobasket U16.