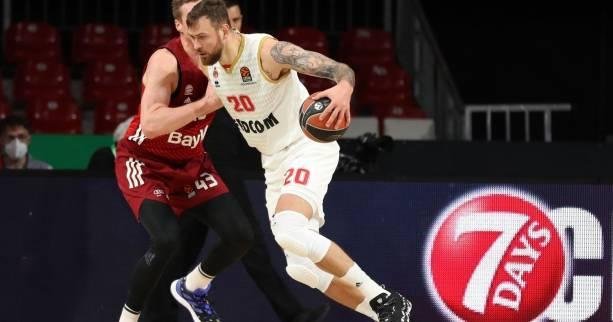 With incredible success behind the arc, Monaco won Thursday evening on the floor of Bayern Munich (83-78) and confirms its good form in the Euroleague. The Roca Team is back to a victory in the top 8. One month to the day after the recall of Sasa Obradovic on the Monegasque bench, the Roca Team has found an exciting face in the Euroleague and, above all, results. The Rock players won in Munich on Thursday evening (83-78), a direct competitor in the race for the play-offs.

The Monegasques illustrated on the Bavarian floor the new values ​​instilled by their coach, starting with a renewed defensive solidarity.

Even the early faults of Alpha Diallo, Monaco’s best outside stopper, did not destabilize the defensive structure. Donatas Motiejunas took over, like a magnificent counter on Othello Hunter who spun to the dunk. On the other side of the field, the Roca Team quickly understood that they were going to have a special evening, behind the arc and thanks to Mike James.

If the Bavarian Corey Walden (26 points, 5 winning shots) was the first player to catch fire at long distance, the Monegasque response was collective and spectacular. With a 12 out of 17 from three points, or 70.6% success, Monaco has messed up the plans of Andrea Trinchieri, helpless before the address of Danilo Andjusic (16 points) and others. James a not solitary recital The other poison for the Bavarian defense was more expected: Mike James. Described as “best player outside the NBA” by the Italian coach of Bayern, the American leader lived up to these praises. Reinvigorated since the arrival of Sasa Obradovic, he shone (26 points, 5 of 7 from three points) and shined (6 assists). James took the game in hand in the final minutes when Bayern, one time behind (56-66, 32nd), began to believe in a spectacular comeback. “The Natural” netted three increasingly difficult award-winning shots.

The last, on the head of Vladimir Lucic (79-72, 39th), sealed the match in an Audi Dome behind closed doors. “We played hard defensively, we did what the coach asked of us. In attack, sometimes we play a bit selfishly but it went well tonight. Mike (James) scored incredible shots that helped us beat this team,” smiled Donatas Motiejunas at the Euroleague microphone. After stopping its fall in the standings, Monaco is looking up again. The Roca Team (8 wins – 11 losses) is back up to Bayern, one win from the top 8, its goal. Another direct competitor awaits Sasa Obradovic’s players: Asvel, Tuesday at the Astroballe. read also The Euroleague classification