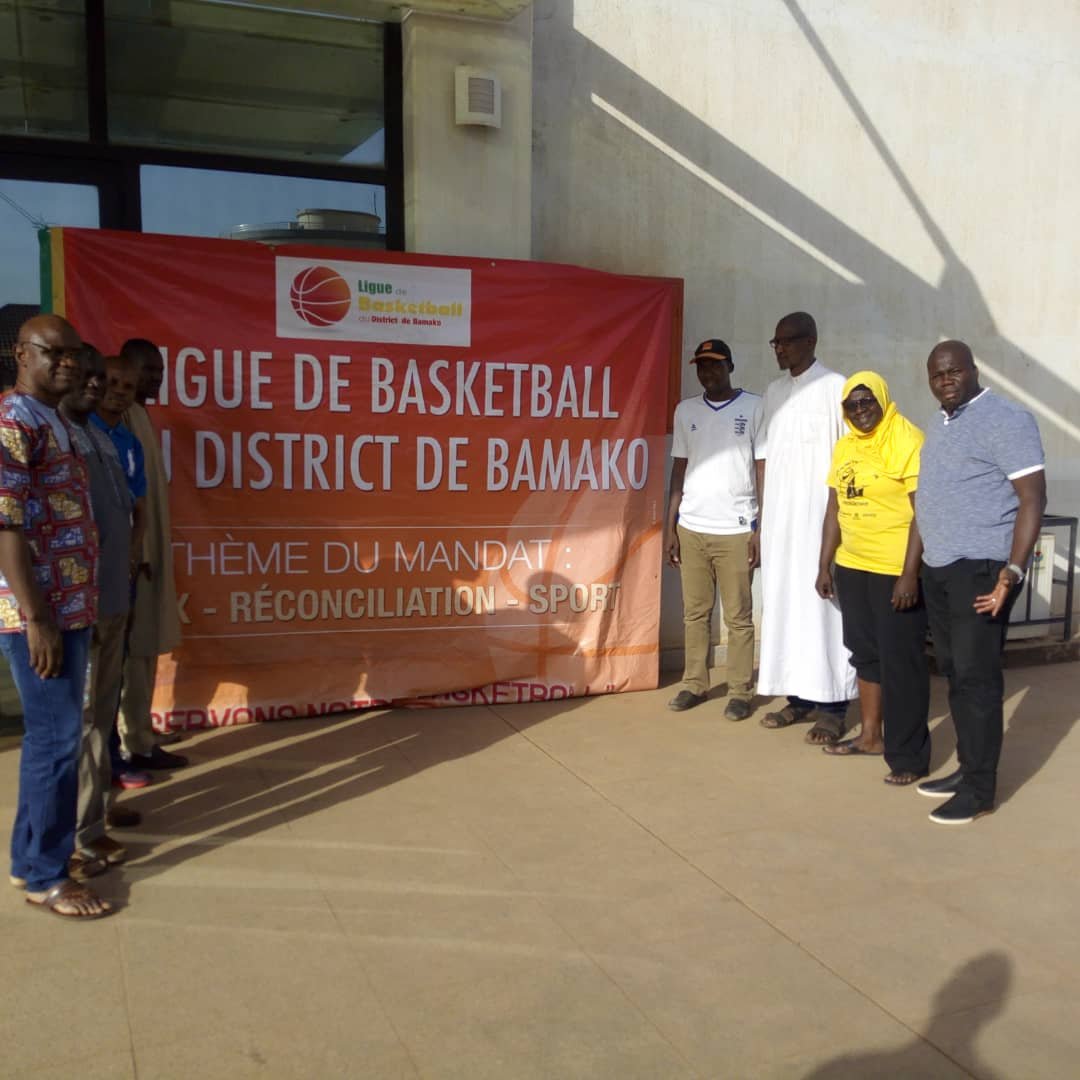 Saturday, April 13, 2019 that the new seat of the district league of Bamako Basketball was inaugurated at the Sports Palace, Salamatou Maiga.

The ceremony was presided over by the president of the Malian basketball federation, Harouna B Maiga in the presence of the director of the Sports Palace, Mrs. Traoré Marie Germaine Dakouo, the president of the League of Bamako, Bassala Haidara and several regional leagues presidents .

Created in the 1960s, the Bamako District Basketball League still did not have a proper seat and several other problems were shaking the administration of basketball in the city of Bamako.

It is with the arrival of Bassala Haidara at the head of the league of Bamako in February 2018 that the instance of the ball in the basket of the capital took a new breath. In these objectives the granting of a seat was part of the prerogatives.

This seat will allow the league to work well and especially the archiving of records that previously were scattered everywhere. The cost of the equipment invested amounts to six million CFA francs.