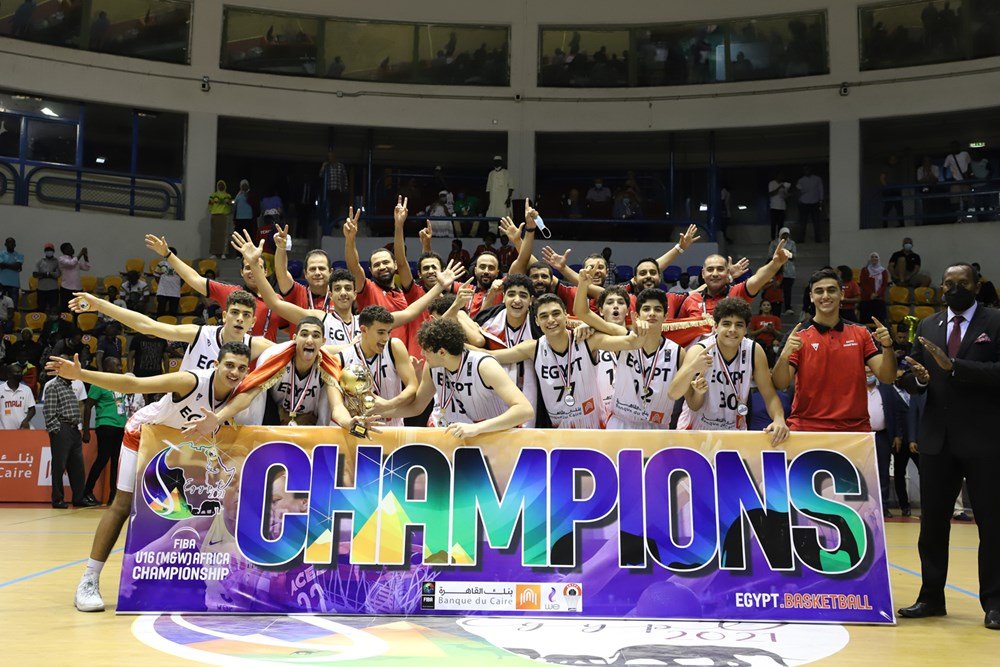 CAIRO (Egypt) – Egypt, the hosts of the FIBA U16 African Championship 2021, retained the continental title on Sunday in Cairo after beating Mali 63-62.

The young Egyptians had their hearts constantly in their mouth and waited with hope for Mali to falter in the dying seconds of the game to celebrate in front a frenzy home crowd.

A Ladji Coulibaly two-point jump shot made in the last quarter of the game with 3:19 on the clock brought the score to 61-60.

The lead was hanging on a thread for Egypt, but Mali’s Ibrahim Oumar Doumbia levelled it up at 61-61 with 2:01 minutes left on the clock. He further heightened tension for Egypt when he put his team in front 62-61 with 43 seconds left.

Thankfully for Egypt, Seifeldin Hendawy’s two-point decided the score line at 63-62 with 00:17 seconds left and it remained that way to the end of the game.

Mali’s Malick Diallo put on a show, finishing with 17 points and 19 rebounds – his fourth double-double in the tournament -, Doumbia added 14 points, but Egypt’s duo of Seifeldin Hendawy and Hassan Amer combined for 30 points to help their country prevail in a highly-contested game.

With the win, Egypt improved their trophy cabinet with their fourth FIBA U16 African Championship over the last decade (2011, 2015 2019).

Both Egypt and Mali will represent Africa at next year’s FIBA U17 Basketball World Cup.