Recap week (W): The week of Malian or native players

FIND EVERY WEEK A SUMMARY OF THE PERFORMANCE OF MALIAN PLAYERS OR OF MALIAN ORIGINS WITH THEIR CLUBS IN DIFFERENT WOMEN’S BASKETBALL Championship DIVISIONS around the world.

She led her Spanish team from Valencia to a victory over fourth-ranked Belfius Namur (0-6) 50-45 in the Eurocup in Thursday night’s match. Tirera was elected MVP of the match. She scored 20 points and grabbed 5 rebounds in 25 minutes on the field. Valencia BC (6-0) is ranked first in Group G. His team has so far won all six games in the Eurocup regular season. Will shoot relatively good statistics this year: 14.7ppg, 4.2rpg, 1.3apg and FT: 76.9% in six games she has played so far.

Coulibaly was one of the main architects in Argon Uni Girona’s victory over 11th-ranked Mann Filter (3-7) 52-40 in the Spanish Liga Dia on Sunday evening. She registered 8 points and grabbed 7 rebounds in 25 minutes. Spar Citylift Girona (9-1) is ranked first in the Liga Dia. This is Coulibaly’s first season with the team. This year, Coulibaly’s overall statistics are: 7.8ppg, 7.9rpg, 2FGP: 51.9% and FT: 76.2% in nine games. Coulibaly played for the Mali national team two years ago.

Minata contributed to an easy victory against the fifth Ardoi (6-4), crushing them 89-55 in the Spanish LF2 (second division) last Saturday. She scored 7 points and grabbed 8 rebounds. Femeni Sant Adria de Snatt (7-2) is ranked second in Group B. But the season is still at its first stage and anything can happen. This season, Keita displays an average of 7.3 dpi and 6.4 rpm.

The 17-year-old contributed to an easy victory against 12th-ranked Segle XXI (3-6) 66-50 in the Spanish LF2 (second division) on Saturday evening. Kone recorded a double-double by scoring 15 points and getting 11 rebounds. Spar Gran Canarias is placed in group B. Koné has reliable statistics this season: 14.3ppg, 13.7rpg and 1.3spg. She is an international U19 player who is currently on the Mali national team list.

Former international Djene Diawara couldn’t help the Flames (1-6) in their last game on Saturday. Despite his very good performance, Charleville Mézière was beaten 89-79 by Lyon, who was much better ranked (# 3). Diawara recorded a double-double by scoring 15 points and getting 13 rebounds. This year, Diawara has relatively solid statistics: 10.3ppg, 9.7rpg, 1.9apg, 1.1spg, 2FGP: 53.2% and FT: 73.3%. She played for the Mali national team in 2013.

Mariam Coulibaly contributed to the victory of Brittany against the tenth Charnay (1-6) 70-60, during the match on Saturday evening. She scored 15 points and grabbed 5 rebounds. Landerneau Bretagne Basket (4-3) is sixth in the LFB. It was the team’s third consecutive victory. But the season has just started, so anything can happen. Coulibaly’s total statistics for this year are: 7.8ppg and 3.8rpg. 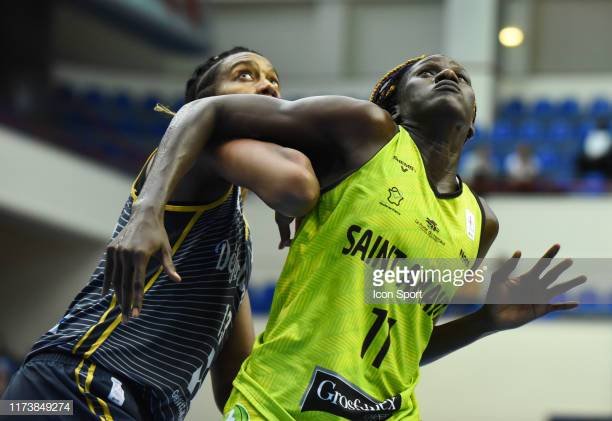 The international pivot could not help Hainaut (3-4) in their last match. Despite Coulibaly’s very good performance, Hainaut lost 65-74 at home to Roche, second. She was the best scorer with 16 points. Coulibaly also added 4 rebounds in 28 minutes. This year, Coulibaly’s total stats are: 8.1ppg, 5.4rpg and 1.1spg in seven games.

Back international Touty Gandega contributed to an easy victory against sixth-ranked Montbrison (3-3) 61-42 in Saturday night’s game. Gandega scored 10 points and added 4 assists in 29 minutes. Angers – Union Feminine Basket 49 (11-2) is ranked first in the LF2. It was the team’s third consecutive victory. But the season is still at its first stage and anything can happen. So far, Gandega has averaged 7.7ppg, 2.2rpg and 3.0apg in six games.

Assetou Traoré could not help Chartres (12-2) in his match against Toulouse (5-8) in the French LF2 (second division). She cannot count Saturday’s game as one of the best. Traoré scored only 2 points and grabbed 7 rebounds. The leader of the Chartres league was beaten 67-60 on his field in Chartres by one of the weakest teams in the Toulouse league (# 11). But the season is still at its first stage and anything can happen. Traore has on average

International pivot U19 Aminata Traoré failed to secure a victory for Partizan (2-6) in his match against Buducnost (6-2) in WABA. Traoré was the second best scorer of the match with 8 points in 18 minutes. It was his first game for Partizan this season. Partizan was crushed 79-50 on their ground in Beograd by the highest ranked Buducnost (# 4). It was the fourth consecutive defeat for Partizan. Traoré is also part of the Malian national under-19 team.

Adama Coulibaly contributed to Basket Esch’s victory against the seventh Contern 72-63 in the Luxembourg Total League last Saturday. Coulibaly had a double-double by scoring 16 points and getting 12 rebounds. She also added 3 assists (made her six free throws) in 27 minutes. Coulibaly individually has a very good year with high statistics. She averages: 18.6ppg, 10.8rpg, 1.1apg and 1.6spg in eight games. 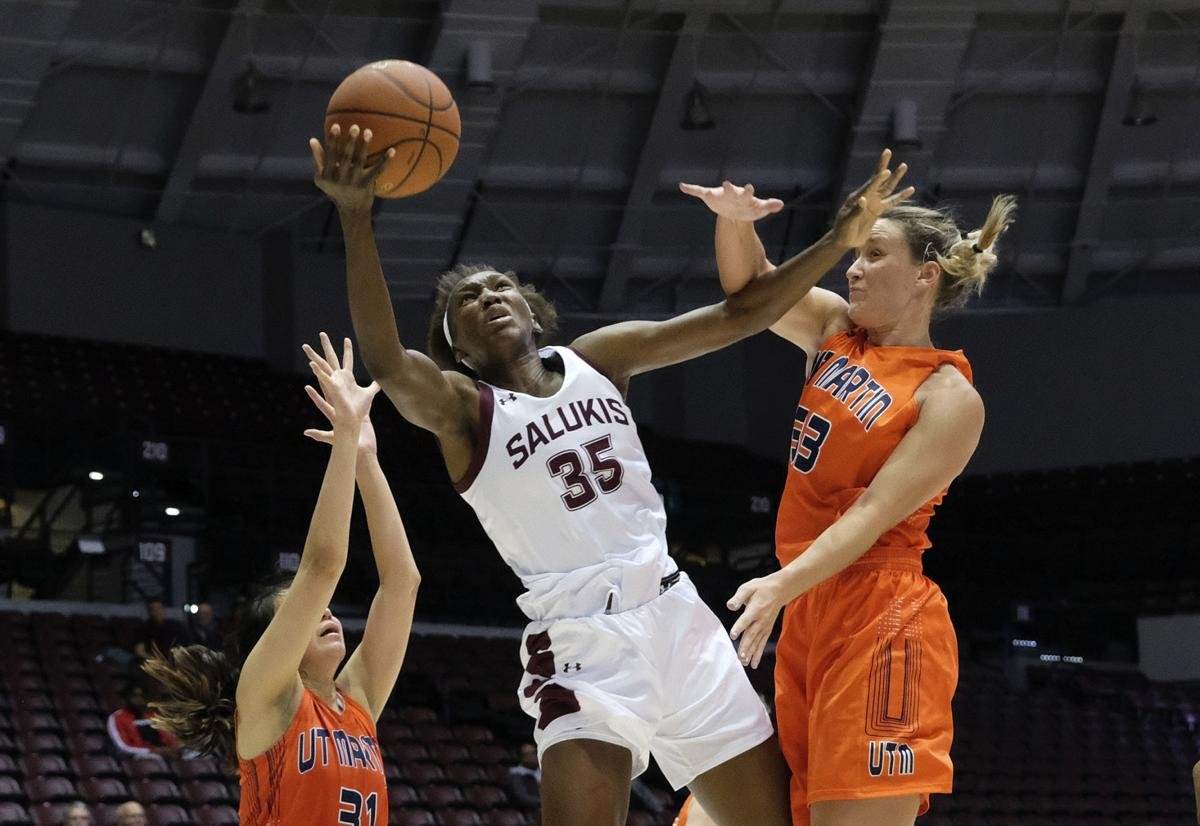 Former U19 international Awa Keita (185-96) managed to help Southern Illinois University win against the University of Tennessee at Martin 70-59 in the NCAA on Tuesday evening. She scored 5 points. So far, Keita has averaged 3.6ppg and 2.1rpg. She played for the Mali U19 national team in 2015. 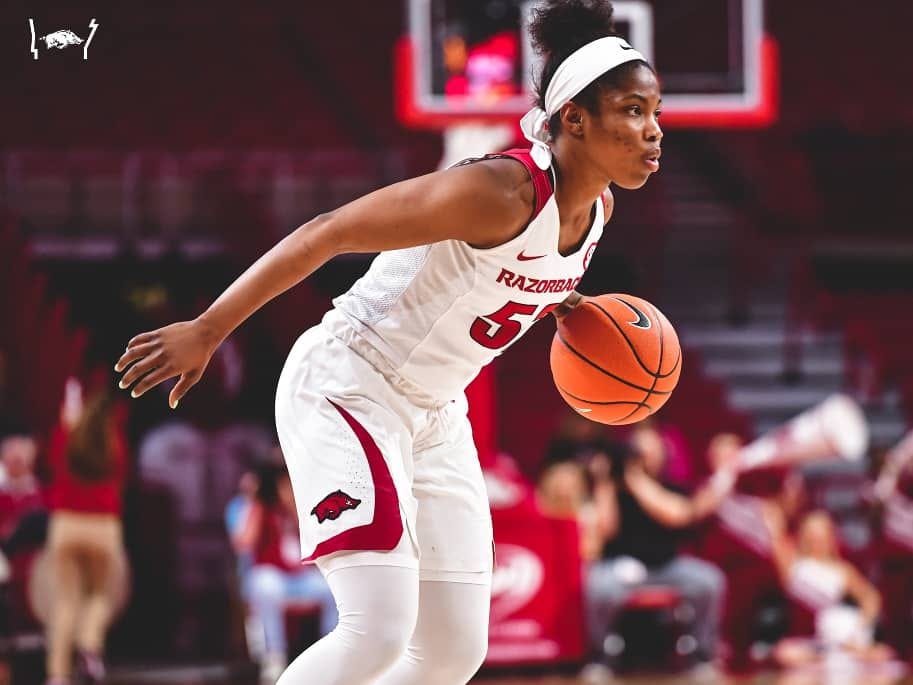 International back Rokia Doumbia helped Arkansas win their NCAA 71-59 match against Fordham University in Friday night’s game. Doumbia scored just one point and had 4 rebounds in 23 minutes. Doumbia has so far averaged 2.0ppg and 3.5rpg in eight games. She is also a player on the Mali national team.