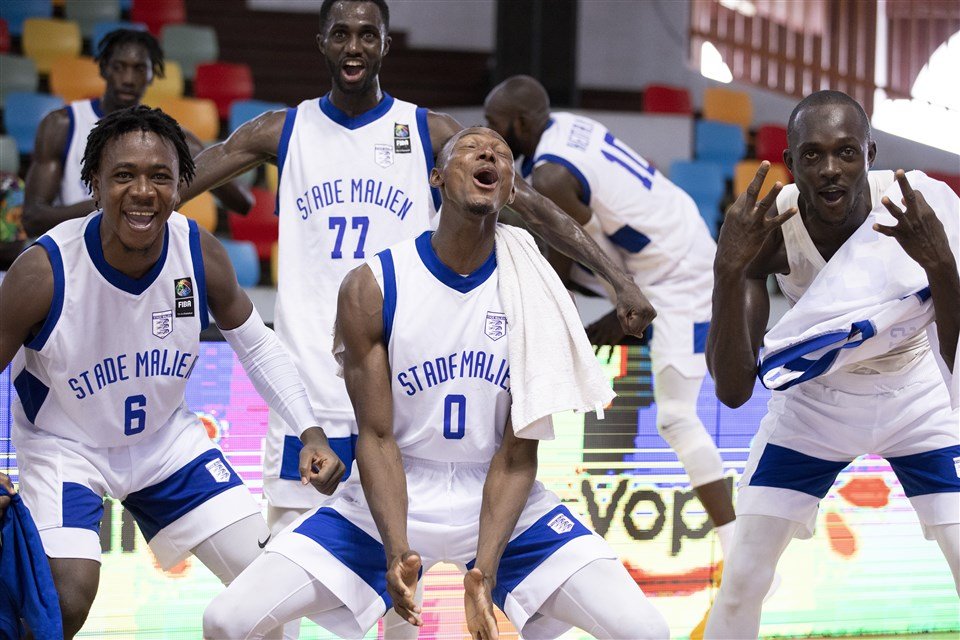 ABIDJAN (Cote D’Ivoire) – The stage is set for the Semi-Finals of the West Division of the Road to BAL Elite 16 Round as Bangui Sporting Club and Stade Malien Bamako closed the Group Phase undefeated.

Both teams are joined by Abidjan Basket Club (1-2) and Seydou Legacy Athletique Club of Guinea (2-1) who will now battle for the three tickets on offer for the Basketball Africa League (BAL) Season 3.

In the second game of the day Elan Coton Basketball Club of Benin initially proved a hard nut to crack but finally succumbed to the spirited play of Bangui Sporting Club 62-57.

The third pairing between Forces Armees et Police (FAP) of Cameroon and SLAC was a test game as both sides battled it out to the buzzer.

SLAC coach, Zeljko Zecevic will have five of his players to thank for for the big win 85-75 triumph.

A massive 7 blocks by Christopher Obekpa was very loud for the victor. The Nigerian center added 11 points, 6 rebounds, 2 assists and an efficiency rating of 23.

In the last game of the night Association Sportive de Sale of Morocco, who had been eliminated before the closing day, held their ground of leaving the Elite 16 Round empty-handed as they beat West Division hosts ABC 83-70.

Despite the loss by the Abidjan-based side it had little impact to their aspiration of making it to the Semi-Finals thanks to an opening day 96-59 win over Elan Coton but it surely exposed Coach Franck Michel Silva side.

But it interesting to note that the two teams that herald their respective groups on the road to the last four are debutants in the Road to BAL.

The match up between FAP and SLAC was the most interesting and energy sapping battle of the last day as it was a winner-takes-all encounter with SLAC prevailing.