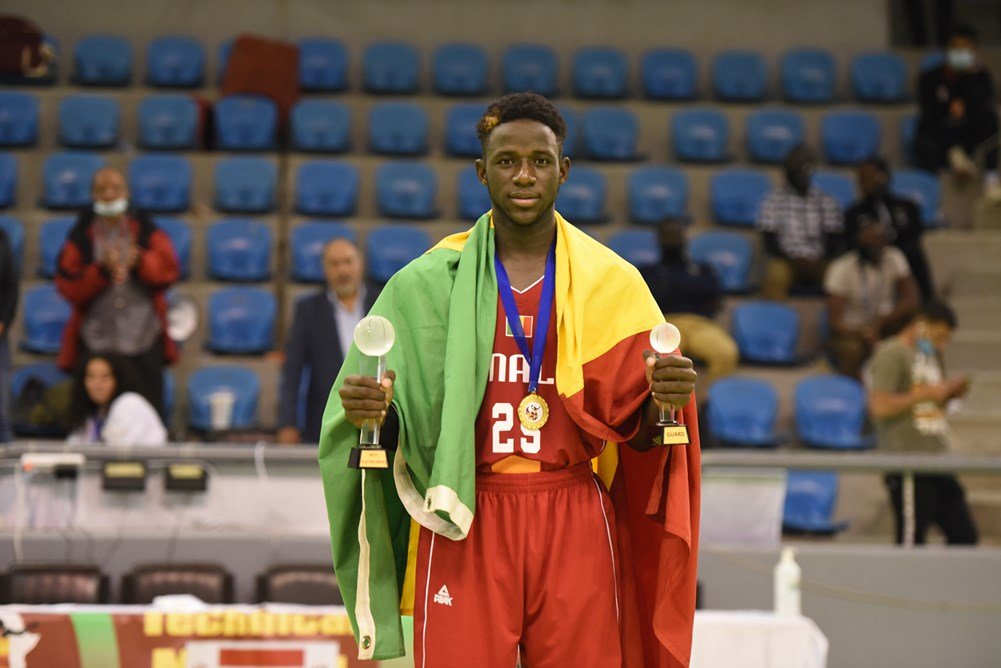 CAIRO (Egypt) – Bourama Coulibaly was immense for Mali as they won their second consecutive FIBA U18 African Championship  title and to complete an intriguing tournament with twists and turns, the 18-year-old guard was named Most Valuable Player of the tournament.

Coulibaly led Mali in scoring with 21 points in the Final against a familiar foe in Senegal while also registering five assists and five rebounds on the night.

Coulibaly converted 11 of 12 attempts on the charity line in a game that was won by margins ultimately as Mali rose from their lowest point to victory.

Coulibaly headlined the All-Star Five, where he was joined by Egyptians Moamen Abouzeid and Mohab Abdalatif as well as the Senegalese duo of Babacar Sane and Ibou Badji.

Badji walked away with the Best Rebounder Award having collected 65 rebounds while Abouzeid was the highest three-point shooter with nine in total.