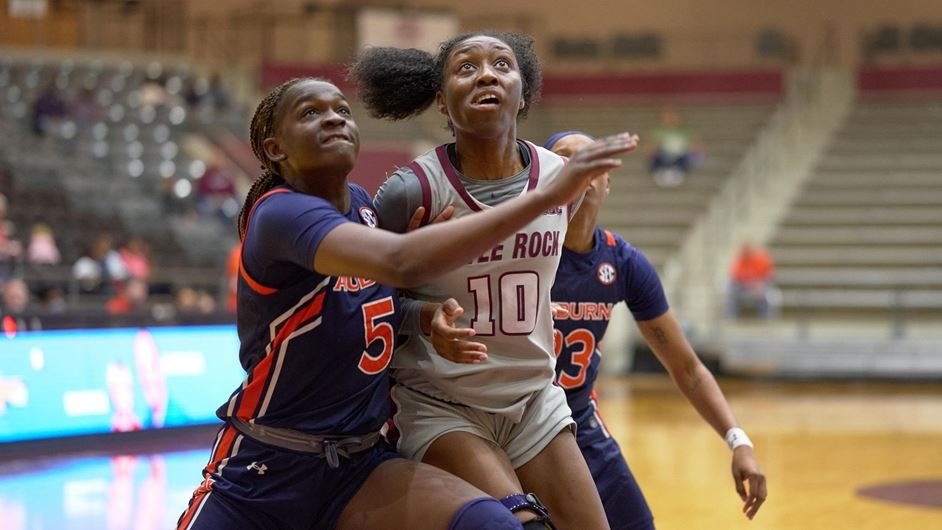 The Tigers followed their road loss to Little Rock with a 91-42 routing of Charleston Southern on Friday, behind a pair of career-best performances from guards Aicha Coulibaly and Annie Hughes.

“I thought it was a good win,” said Auburn head coach Johnnie Harris. “We wanted to start out imposing our will. We wanted to be tough, physical and aggressive both on the offensive and defensive end. I thought our kids came out and did that.”

Coulibaly got the show started for Auburn, quickly getting on the board by scoring the first three points. It only continued in the first quarter, as Coulibaly scored 10 of the first 14 points of the game, within five minutes after tip-off.

“Aicha’s ceiling is so high,” Harris said. “She’s athletic, she’s really, really, aggressive and sometimes she gets going too fast and she misses those chippies. If she had made her chippies in her free throws, she would’ve had 40 points.”

By the time the final buzzer sounded, Coulibaly had shattered her previous career-high of 17 points against Old Dominion, earlier this season, with 27 points on Sunday.

Hughes also contributed to the first 90-point performance by an Auburn team in nearly a year, with her career-high of 21 points. The junior was most lethal from beyond the arc, knocking down 5-of-7 shots from 3-point range, also a career-most.

“I’m not scared to go to her, she knows she has the green light. Her shots came within the offense so I’m really pleased when she takes the good shot and I really believe all of her shots are really going to go in.

While the duo of guards carried the weight of the offense, it was a total team effort against the Buccaneers. All active members of the roster not only checked into the game, but scored in the contest. The 30-point performance from the bench doubled the season’s previous high.

It’s a step in the right direction for a team that’s lacked depth and extended experience beyond the starting five this season.

“It’s special,” Harris said. “I told that last group that was in there that you always have an opportunity. So when we’re in practice everyday and we do our little drills that help prepare you, they need to take it serious. As serious as the starters, because when your number is called you have to be ready. And I thought they were ready.”