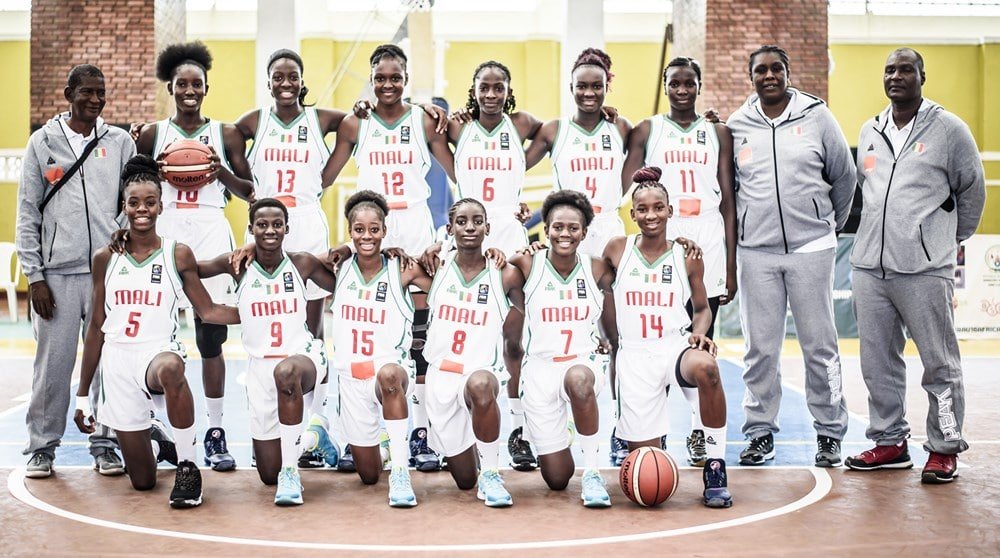 KIGALI (Rwanda) – Malian shooting guard Mariam Coulibaly announced the arrival of her star on the international scene dropping 26 points to inspire her side to an impressive 108-32 victory over debutants Uganda on Sunday at the Amahoro Indoor Arena in Remera.

The reigning champions displayed their intent at this biennial competition from the onset leading 31-7 at the end of the first quarter showing utter class in every possession and experience on both ends of the court.

A full court press throughout the game was too much for the Ugandans who failed to counter it whenever point guard Esther Kwagala Namiiro was marked out on the inbound.

“WE WORKED TOGETHER AS A TEAM TO GAIN THIS VICTORY. THIS MEANS SO MUCH FOR US BECAUSE WE WANTED TO START THE TOURNAMENT ON A PERFECT NOTE AND WE DID.”– Coulibaly

At the half time break, Djelika Tounkara had scored 13 points, made five steals and picked two rebounds with Coulibaly adding 12 points to lead 54-12. The Ugandans were visibly afraid of their opponents and when Mali sensed this, they attacked like a hungry lion.

Mali scored 41 points in the third quarter while limiting Uganda to just eight to further extend their lead to 95-20. A more relaxed last quarter eventually saw Mali register their first victory of the tournament.

Coulibaly told FIBA.basketball that, “We worked together as a team to gain this victory. This means so much for us because we wanted to start the tournament on a perfect note and we did.”

In the East African derby, Tanzania edged neighbours Rwanda 42-36 in a tightly contested game that saw Raymond Ngezi’s team showcase character by withstanding a passionate home crowd to hand the hosts their first loss at the one-week long event.

Lamla Umunezero scored 13 points and picked seven rebounds for the woman-of-the-match performance but her efforts were not enough to save Rwanda’s dreams of a perfect start to reward the committed fans.

Paulina Mollel dropped 12 points while captain Nelious Mbugeni and Anna Mollel added 10 points apiece to register a historic victory – their first in their debut game at this competition.

RESULTS: Tanzania U 16 win the first game against Rwanda U16 42-36 #FIBAU16AFRICA pic.twitter.com/3QJlHCEU3C

Meanwhile, Angola won the Lusophone derby against Mozambique in what have promised to be a close encounter but Fernando Sapalo’s side led 19-6 at the end of the first period.

A 10-point lead at half time 29-19 showed the gulf in quality and indeed Angola carried the day 76-54 to walk away with the bragging rights.

Paula Mbajaia and Leonor do Alvar scored nine points each but this was not enough to help Mozambique edge their oldest nemesis.

Elsewhere, Egypt benefitted from South Africa’s failure to show up for their opening tie and bagged victory seeing as the tie was forfeited.