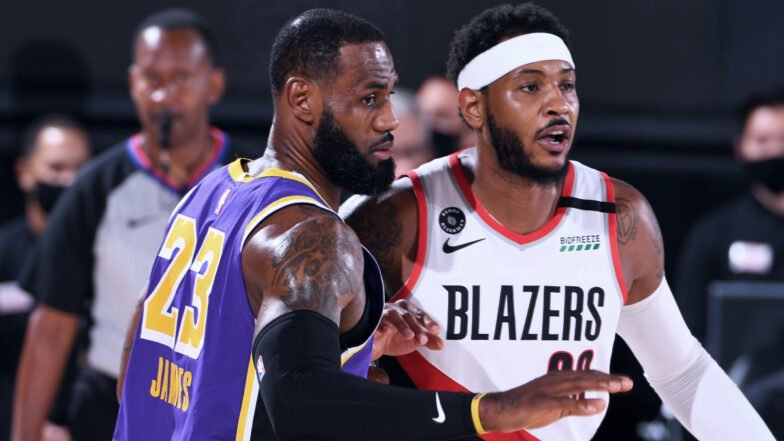 The former Trail Blazers forward and the Lakers have agreed to a one-year deal. The terms of the deal were not disclosed.

Anthony also took to Instagram and Twitter to share a video of his name and logo, “Melo,” with the Lakers’ purple and yellow logo replacing the No. 7.

The Knicks were interested in bringing the Brooklyn native back to where he starred for a seven-year tenure that ended in 2017, a move that would have reunited him with his former agent-turned-Knicks president Leon Rose.

The 37-year-old, who is still chasing his first NBA title, joins a star-studded Lakers lineup that has placed itself among the championship favorites for 2021-22. The franchise added Russell Westbrook in a draft-night trade to a core that already included LeBron James and Anthony Davis.

Anthony flourished in a bench role with Portland, averaging 13.4 points, 3.1 rebounds, and 1.5 assists per game, and shot a career-high 41 percent from 3. He’s likely to have a similar position with the newly formed Lakers’ Big 3 as he enters his 19th NBA season.

The post Carmelo Anthony teams up with LeBron James and the Lakers appeared first on Latest Basketball News.