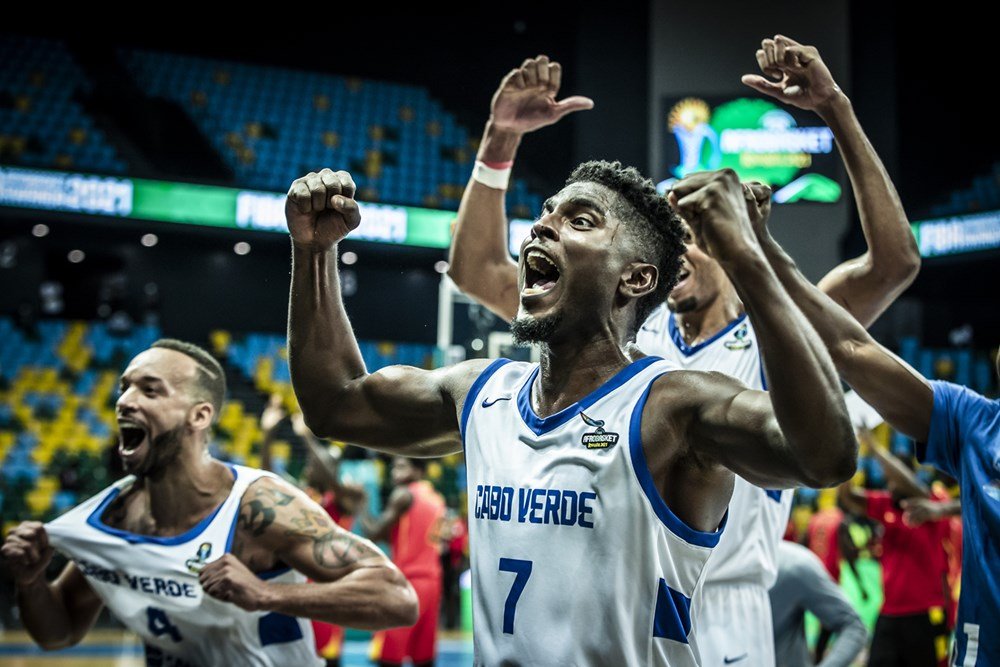 KIGALI (Rwanda) – The Semi-Finals for the FIBA AfroBasket 2021 are set after Tunisia and Cape Verde triumphed in their Quarter-Finals games on Thursday in Kigali, Rwanda.

The two teams join Cote d’Ivoire and Senegal who reached the Last Four Round on Wednesday.

As he has been doing throughout the tournament, Real Madrid center Walter ‘Edy’ Tavares played a huge role in helping his country return to the AfroBasket Semi-Finals for the first time since they finished third in 2007 in Angola after a 79-71 victory over Uganda.

“WE ARE NOT DONE, WE WANT MORE.”– Jeff Xavier

Back then, the Islanders enjoyed a huge support from Angolans and the massive Cape Verdean community living in the country, but on Thursday they faced exactly the opposite as hundreds of Ugandans and Rwandans came together in support of the ‘Silverbacks’, but Tavares and his crew looked unimpressed.

Tavares dominated both ends of the floor, finishing with 23 points, 15 rebounds – his third double-double in four games – four assists and five blocks.

Shooting guard Jeff Xavier, who has been playing mostly as a point guard, seems to have played one of his best games with the Cape Verdean jersey by contributing 16 points, nine rebounds and eight assists.

But Cape Verde’s win wasn’t all about Tavares and Xavier. The whole team contributed, including Joel Almeida, who came up with unreal three-points en route to 17 points and seven rebounds.

At times, Cape Verde looked careless with the ball, turning it 22 times, but Uganda couldn’t really take advantage of it, especially because of the way Tavares’s aggressiveness protecting the rim.

Ishmail Wainright and Arthur Kaluma – the only Ugandan players to score in double digits – finished with 13 and 21 points, respectively.

Uganda head coach George Galanopoulos paid his admiration to Cape Verde for their perseverance: “The utmost respect to their coach. It was a battle the first time we played them [Qualifiers in November 2020], it was a battle this time. Hopefully, it’s the last time we see them. It’s a great challenge to play that team, well-coached, great players. Can’t say enough things. I think Tunisia will need to work for it, no offence.”

Asked about Cape Verde’s next opponent, Xavier said: “We are not done, we want more. Tunisia is a great team, but in two days we are going to step on the court with the same approach to the game.”

In the first Quarter-Finals clash of the day, defending champions Tunisia showed they have learnt from past mistakes.

Back in 2013 when Tunisia tried to retain their first AfroBasket in Abidjan, they unexpectedly came up short in the Eighth Finals Round against a short-handed Egypt team, who had lost their first three games before reaching the Final where they fell short to eventual champions Angola.

This time around, Tunisia looked ruthless leading AfroBasket debutants South Sudan for most of the regulation. They event extended their lead to as many as 21 points before settling to a 80-65 triumph.

South Sudan, on the other hand, needed their bench to deliver, and they did just that, contributing 64 points, more than half of the team’s 65 points.

Tunisia head coach Dirk Bauermann said of South Sudan: “I could not have been more impressed with the young team from South Sudan. They have done a tremendous job; they really embody the most modern version of basketball.”

Tunisia improved their record to 4-0, while South Sudan closed their AfroBasket debut with a 3-2 record.

“You can’t buy experience; You go to fire and we went to fire,” said South Sudan head coach Royal Ivey.

He continued: “It’s  definitely been a great opportunity coaching these guys. I am kind of lost for words because those guys did everything I asked them to do from day 1.

“We’ve been here [Kigali] for almost a month. They sacrificed time with their families; they sacrificed their freedom being in the bubble; they guys worked hard. I am so appreciative of this young team.

“It’s a tough loss and I think, at the end of the day, we have a bright future. We’ll be; we’ll be better; we’ll be stronger’ we’ll be faster.”

The two Semi-Finals will be played Saturday, September 4.