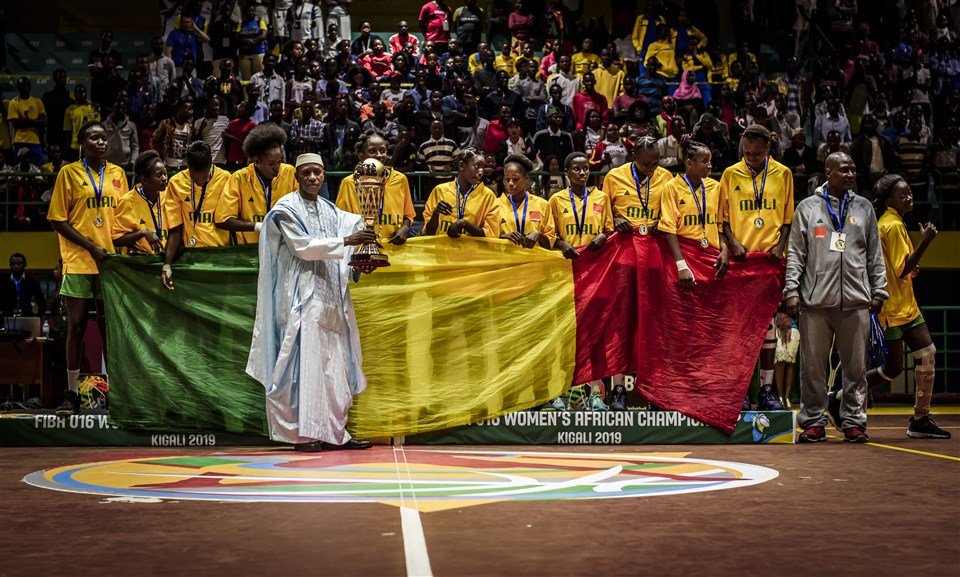 CAIRO (Egypt) – The long wait for the FIBA U16 Women’s African Championship 2021 is finally over as five teams aim to prevent Mali from winning their seventh straight trophy in the history of the tournament.

The biennial showpiece gets underway on Friday, August 6 and finishes August 15 in the Egyptian capital of Cairo.

More than the continental trophy, there is another major event at stake in Cairo: The winner of this year’s FIBA U16 Women’s African Championship qualify automatically for the 2022 FIBA U17 Women’s Basketball World Cup.

Can Mali win seven in a row?

Two years ago, in Kigali, Mali beat Egypt in the Final to extend their winning streak in Africa

With just hours to the tip-off, the stage is set with Egypt, Uganda, Algeria, Chad, Gabon and perennial champions Mali ready to compete for the trophy.

Mali will no doubt be the team to watch out for given that they have won all six editions to date but there is no certainty that they would have a roller coaster for the West African nation.

At the Draw Ceremony held in Cairo on Thursday,  Egypt will flag off their campaign against debutant Chad on Saturday.

The six-nation event will play a Round-Robin format that will see the top four teams go through to the semi-finals.

Bangro Abdoulaye, Secretary General of Chad Basketball Federation told FIBA.basketball that preparations took them roughly two months. “It should be noted that this is the first time in the history of our basketball that we participate in the Final Phase of a FIBA competition. This, therefore, motivates a whole generation which is finally taking part in major African event.”