BEIJING (China) – The bracket for the Final Phase of the FIBA Basketball World Cup 2019 was confirmed following the conclusion of the Second Round on Monday, with Czech Republic and USA completing the Quarter-Final picture.

The back-to-back defending champions USA continued their unbeaten campaign in China with an 89-73 victory over Brazil to claim the top honors in the Shenzhen-based Group K, with the Czechs advancing despite an 84-77 defeat to Greece in the decisive battle.

As group winners of Group K, the Gregg Popovich-coached Team USA booked a Quarter-Finals matchup against the second-placed Group L team France in Dongguan. Meanwhile, Czech Republic will slot into the other side of the bracket against Group L winners Australia in Shanghai. 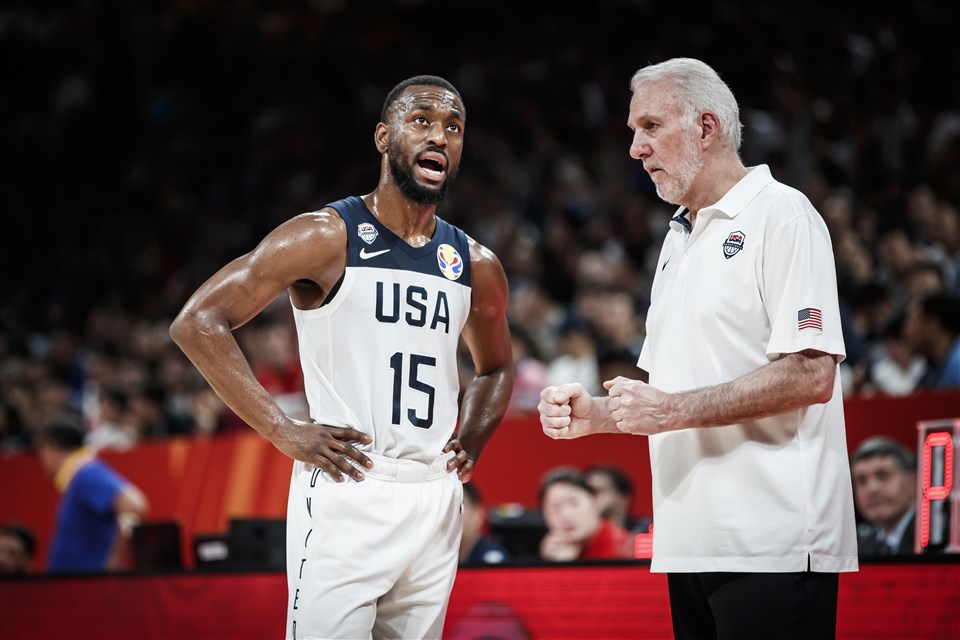 The two other Quarter-Final pairings were confirmed on Sunday, with Group I table-toppers Argentina set to meet Serbia in Dongguan already this Tuesday, and the still undefeated Spain from Group J testing Poland in Shanghai.

Having won the 2010 and 2014 editions of the FIBA Basketball World Cups, defending champions USA stand to become the first country to win the Naismith Trophy in three consecutive events.

The biggest-ever World Cup, organized in a new 32-team format, is set to come to conclusion on September 15, with the champions crowned at the Wukesong Sport Arena in Beijing.

While all eight Quarter-Finalists will have their sights set on the Naismith Trophy, there will be another significant source of motivation for the European countries, who are in a battle for the last two direct Olympic qualification tickets.

On Monday, Argentina and the United States confirmed their status as the best-ranked teams from the Americas region at the World Cup to clinch direct qualification, with Nigeria (Africa), Iran (Asia) and Australia (Oceania) securing entries earlier in the tournament.

As the World Cup enters the Final Phase of the competition and only eight teams remain in the race for the famed Naismith Trophy, the final standings for the remaining teams were confirmed, with numerous teams securing FIBA Olympic Qualifying Tournament tickets.

The FIBA Olympic Qualifying Tournament picture began to take shape with the World Cup producing the first 13 teams for next summer’s qualification battles.

Three more Olympic Qualifying Tournament vacancies will be filled by three of the current five Quarter-Finalists from Europe, who do not achieve direct qualification at the World Cup in China.

The lineup for the FIBA Olympic Qualifying Tournaments will be completed by two additional teams per region for a total of 24 teams, who will compete in four tournaments of six teams each.