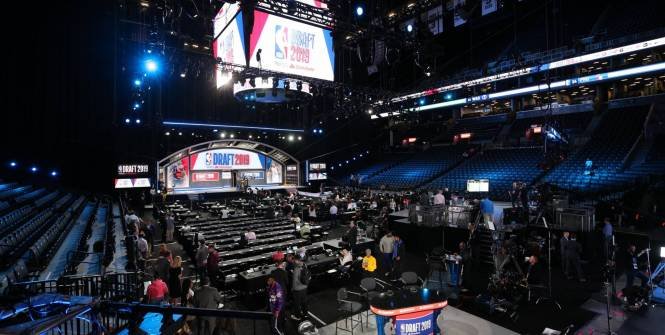 The 2021 draft will take place on July 29, at the Barclays Center in New York, the NBA announced Thursday.

After a virtual 2020 edition due to the pandemic, the NBA draft will almost regain its little habits. The place already, since it will be held at the Barclays Center in New York. The Brooklyn Nets room had hosted without interruption, from 2013 to 2019, the selection of young talents of the NBA. Spectators will be able to attend the event again this year. On the other hand, it is a first since the inaugural edition, in 1947, that the draft is organized in July, the 29th.

Congolese winger Jonathan Kuminga will be one of the headliners, along with Cade Cunningham, Jalen Green and Jalen Suggs, and giant Evan Mobley (2.13m). The first choice will be for the Detroit Pistons who won the lottery.

After Detroit, the clubs to be able to choose a player, in order, will be Houston, Cleveland, Toronto, Orlando and Oklahoma City.

Orlando will also have the 8th pick while Oklahoma City will have the 16th and 18th picks, and Houston the 23rd and 24th picks in the first round.