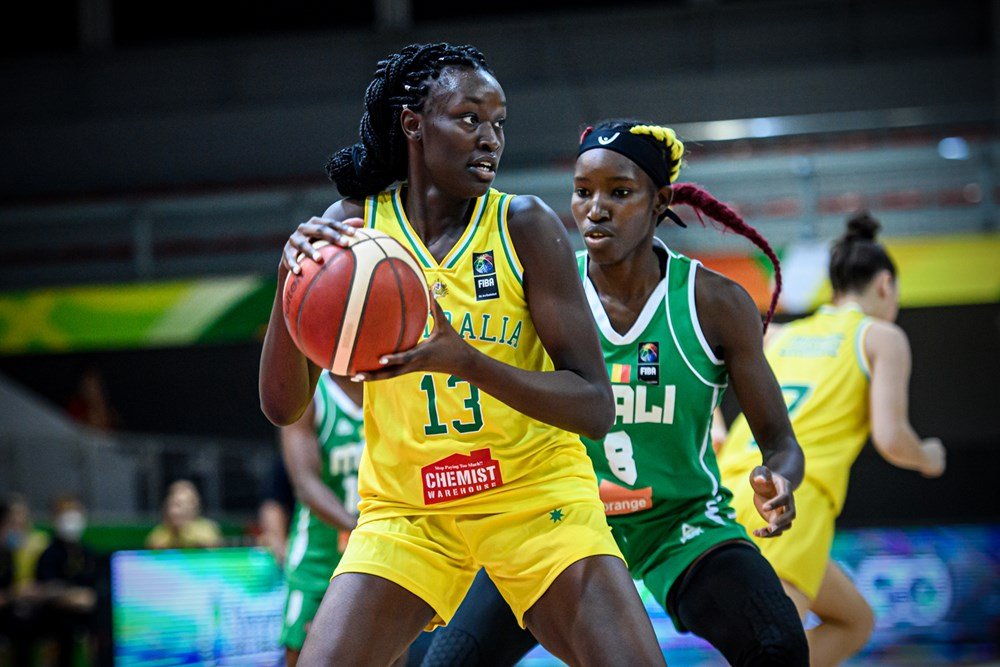 DEBRECEN (Hungary) – Australia will take on the United States in a repeat of the FIBA U19 Women’s World Cup Final from two years ago after overcoming Mali in a gripping Semi-Final encounter.

The Gems were pushed all the way by Mali, who were competing at this stage of the competition for the first time, before the Aussies eventually came through in a 62-50 triumph to continue their quest for the title.

Turning point: There was little between the teams throughout the contest and even when Australia went 34-24 up early in the third, it still felt like it could go either way and Mali rallied and took a three-point lead inside the final quarter. However, Australia regrouped with a pivotal 10-0 run to take control and they were able to see out the win down the stretch.

Game heroes: Nyadiew Puoch stepped up for Australia once again with another efficient performance with 16 points, 9 rebounds and 2 blocks before fouling out, while Jade Melbourne had another strong display with a game-high 19 points.

Stats don’t lie: Mali edged the battle of the boards – aided by Sika Kone’s 15-point, 19-rebound double-double – but they were held to 22-percent from the field and it is difficult to win many games at that rate. They also left points at the foul line, going 14-of-24.

Bottom line: Australia have already been beaten by the USA in this tournament, but will go into tomorrow’s Final with fresh minds with the aim of a first title since 1993. As for Mali, a magnificent story this week is not finished with another chance at securing a historic medal as they take on the hosts, Hungary, for third place.

They said: “I think for us, our defense has what won us all week – we’ve kept teams to below their margins and that has been key and it was the same again today,” – Australia guard Jade Melbourne.