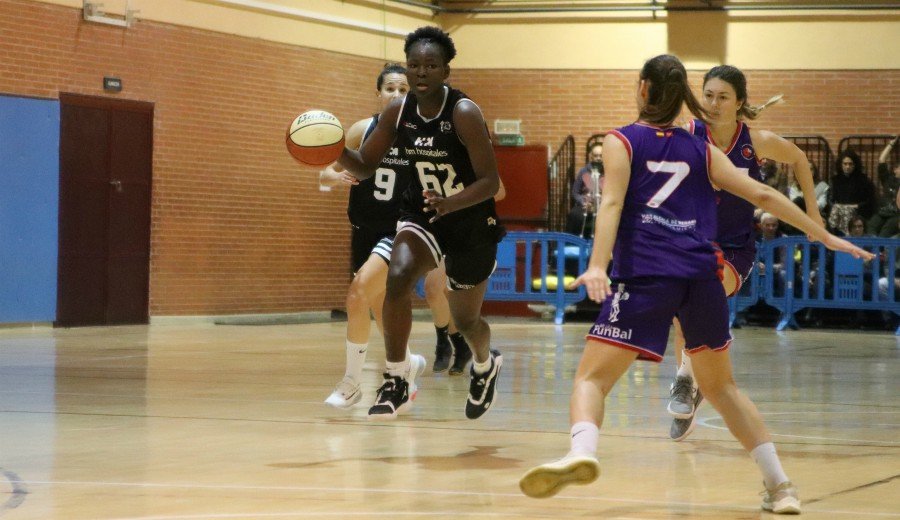 Aminata Sangare, the player who impresses at Torrelodones

Her name is Aminata Sangaré and it’s coming out. This player shines in the Spanish capital for years and years thanks to her physical … and also technical faculties. You don’t know her? In this Basket Cantera video, you can see it in action a few months ago in the F4 junior of Madrid standing out against Real Canoe in the semi-finals and in the final against Movistar Estudiantes, later champion of Spain.

Who is Aminata Sangare?

A sample of his level are his last two games with his team, Basketball Torrelodones: 19 points in 21 minutes with a +32 of his team with her on the track (junior), and 16 points, 8 rebounds, 6 interceptions, 15 evaluations and +15 with her at Nacional, still with her club which she has not left since her arrival in Spain. She won both games.

And playing with Mali, her country of origin, She also impressed during the competition: to cite an example, her debut in the Under-17 World Cup was like this: in her first match, against the China, she got 14 points, 14 rebounds and 3 assists. And against Italy, she improved these statistics by obtaining 20 points, 18 rebounds, 4 interceptions and 2 assists. She competed at this age although he was younger than the others. A year later, during her second U-19 World Cup, this time contested in Thailand, she was seventh accompanying in the table (it’s a combo between 3 and 4), another young woman who enters the LF2 history in Spain, Sika Koné.

“In the long term, my goal is to become a professional basketball player, and why not play one day in the WNBA,” explained this African to FIBA, who is facing her last year of training (born in 2002). Aminata is a continuous highlight in the physical but also in the technique. Each year, she has improved since her arrival at Balloon Torrelodones (according to FBM data, this is her third season in Spain).

The eyes of the WNBA are already on this authentic omen which, years ago, already impressed in the Collegiate Cup, although at that time between three and four years younger than the usual age to play in the tournament . At Cabrini’s school, they still remember their assessment of 51 to overcome an impossible match and Estudio hallucinates with the way she dominated the first of the finals that his school won, Los Sauces Torrelodones (who this year is looking for the triplet in college banners).

But not only Aminata Sangare reigns in the best school competition in Europe. It is impressive to see her every weekend at the Madrid Basketball Federation, either in the junior category or in the 1st National, in which she has also played for several seasons despite her still tender age. And it is not, even less, to be one more. In fact, she is the best scorer of the two competitions even if she has not yet reached the age of majority (she will do so on February 10).

His figures every week
1st National

19.6 points per game (also the best in the whole category)

In other words, she dominates in two categories at the same time, playing several minutes each week. And it does so despite the fact that its obvious progression must come from the triple: in National, it scored only 4 triplets out of the 25 it launched (a little more than one attempt per match with 16% success ).

This is the next growth point for a real leader in a team, formed by José Luis Méndez, who has lost only one match so far and who is resolutely moving towards a possible promotion to the Women’s Ligue 2 . Its main competitor in number is the pivotal Lithuanian Dovile Miliauskaite, who landed in the city of Móstoles this campaign after playing several seasons in the LF2 and is … 10 years older than her.

Aminata shines in Torrelodones with her lovebird Claudia Gómez. We talked about her partner in the fights at Torrelodones since his arrival in Spain, a base full of talent and especially of work and who was with her at Basketball Without Borders Global Camp in Charlotte organized by the NBA and FIBA, with which she lives in her own house for a year: Claudia will leave for the NCAA next season in the United States. Aminata, for her part, still has a year contract in Torre. We will have to wait to see what happens to it. Before all that, Claudia also shines at Torrelodones, being the second player with the most assists (29 to date) in the entire national league and speaking of Aminata after winning her second title followed by the Collegiate Cup by her side .

And in their last year together, they will seek to achieve something great: to give the last service (and the best) possible to a mountain club which sees its objectives as well in junior (the team led by Luis Arbalejo cumulates 17 victories in 18 games), as in national (practically confirmed his pass at the Final Four) closer than ever. It is not surprising that in many Madrid coaches, Aminata Sangare causes this sensation.

And what improvements has Aminata made since arriving in Spain? She sums it up herself.

“Now I play more collectively and I have learned to work under the basket. What I learned in Spain is the feeling of playing as a team and now I have also gained a lot of experience ”.

“I wish I could help children in difficulty in my country and around the world.” The humility always present in a project that grows by leaps and bounds.

Facebook Comments
Aminata Sangare, the player who impresses at Torrelodones