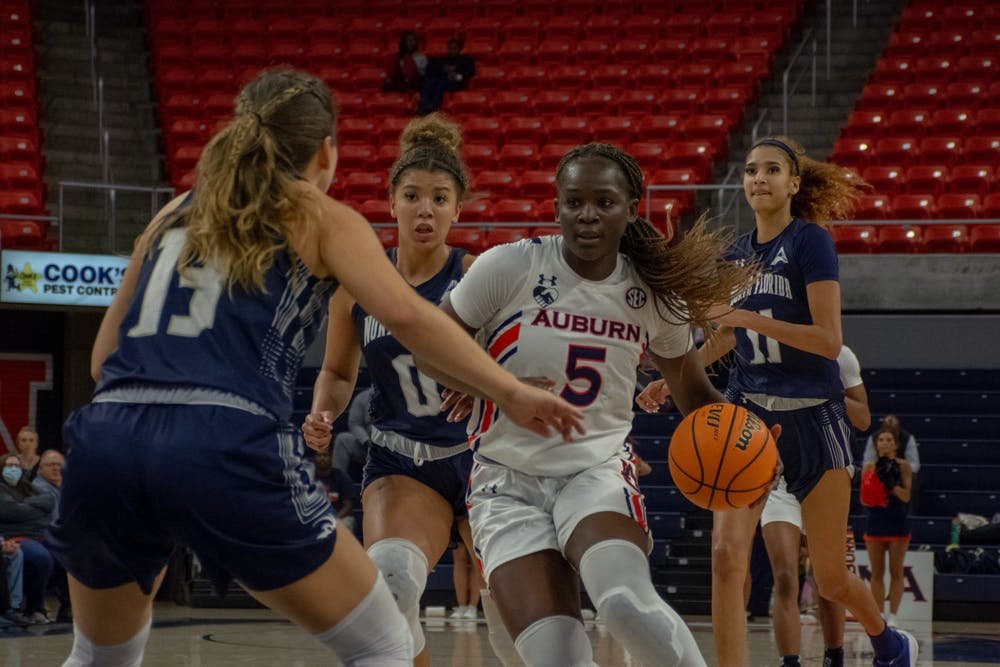 Auburn is 7-3 and has won five straight wins after an 82-58 victory over Grambling on Saturday.

With wins at the 18th Georgia Tech on Nov. 21 and at home against Oklahoma State on Dec. 5, the Tigers have two wins over non-conference opponents from Power 5 for the first time since the 2018-19 season.

Aicha Coulibaly added 17 points, eight rebounds and six steals, and Honesty Scott-Grayson finished with 13 points and five assists.
Coulibaly is Auburn’s top scorer and rebounder with 17.8 points and 7.6 rebounds per game. She has passed the 20-point mark in four straight games, scoring a career-high 27 against Charleston Southern, 23 against North Florida, 25 against Oklahoma State and 24 at Belmont. For her efforts against UNF and OSU, she was named the SEC Player of the Week on December 7.

She’s been the Tigers’ most dangerous player lately on offense, but that doesn’t take away from the threat of others around her.