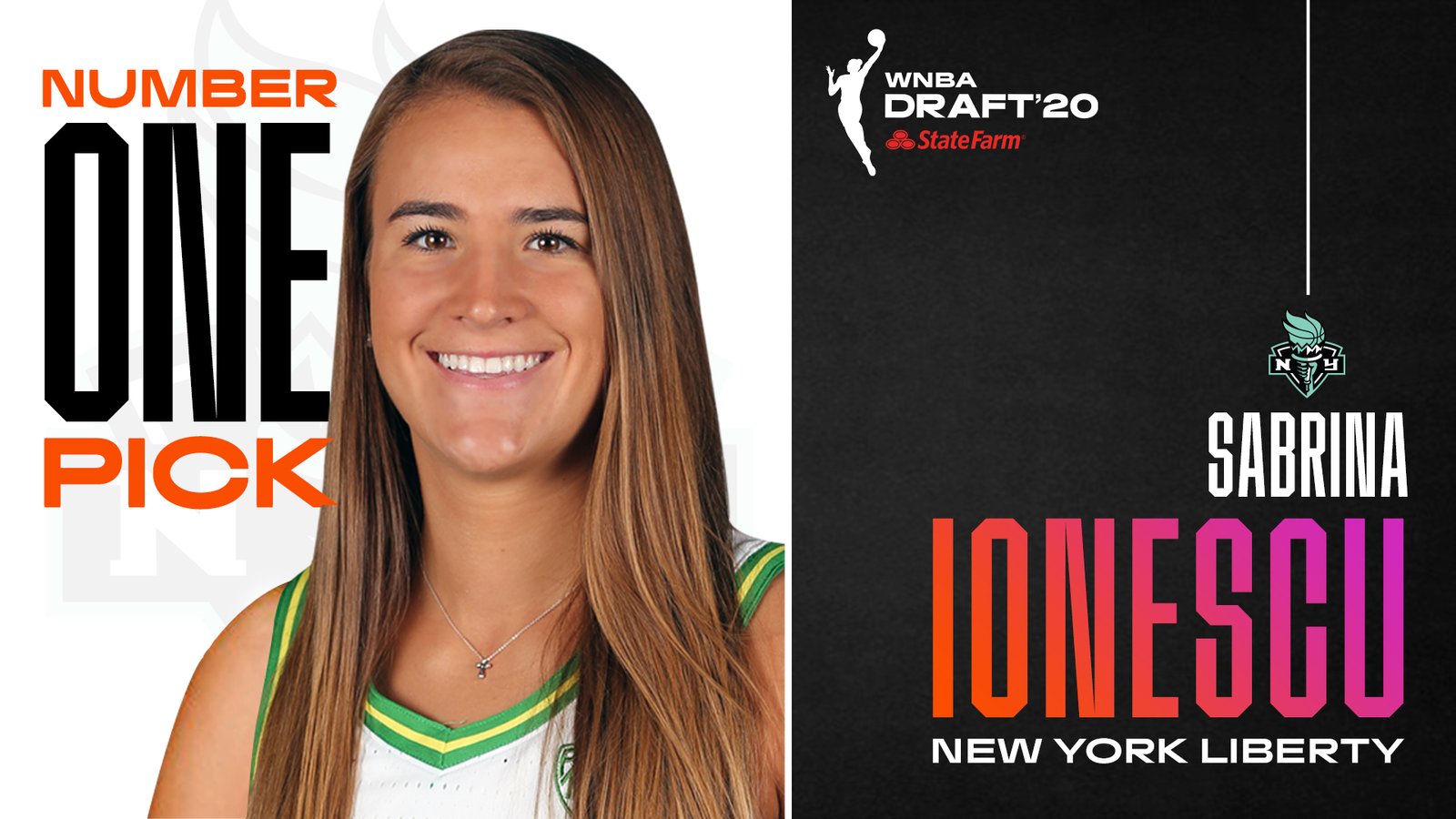 The 2020 WNBA Draft is a wrap, and as expected the New York Liberty took Oregon guard Sabrina Ionescu with the No. 1 overall pick. Due to the COVID-19 pandemic, the draft was done virtually with WNBA commissioner Cathy Engelbert announcing the selections via video conference, while several of the top picks were available virtually to get their reactions.

The Dallas Wings took Ionescu’s teammate Satou Sabally with the No. 2 pick, and Lauren Cox went to the Indiana Fever to round out the top three. The Wings used their three first-round picks to bolster their roster with a slew of tremendous young talent. In addition to Sabally, Dallas took versatile forward Bella Alarie and Tyasha Harris in the top 10, all of which can be instant contributors to a rebuilding Wings team.

We provided instant analysis of all 12 of the first-round picks taken Friday night as selections were announced. Here’s a breakdown of the first round, as well as grades for each selection.

Ionescu has been the consensus No. 1 pick in the draft since she decided to return for her senior year at Oregon. She’s hailed as a generational talent capable of turning a franchise around. In college Ionescu established herself as a dynamic point guard with elite shooting and pick-and-roll skills, with tremendous court vision to put her teammates in the best position to succeed. Grade: A+

Sabally decided to forgo her senior year of college to enter the WNBA Draft, and the decision to do so is paying off. Standing at 6-4, Sabally is athletically gifted for someone her size and is an ideal floor spacer for a team looking to add versatility to its roster. At Oregon, she put up 16.2 points and 6.9 rebounds alongside Ionescu. She can handle the ball well, but also get down in the post to defend and grab boards in a small-ball lineup. Grade: A+

Cox is a traditional post-up big, who averaged nearly three blocks a game at Baylor. Her game doesn’t extend far outside of the post, but she’s an efficient scorer in the paint and is a stout defender on the other end of the floor. The downside is her injury history in college, as she’s dealt with foot and knee injuries throughout her career. Grade: A

Perhaps the most electrifying prospect in this year’s draft, Carter made a name for herself as one of the best scorers at the college level. Carter’s elite handles make her a tough assignment on the perimeter, and her strength makes her nearly impossible to stop at the rim. Scoring is her strength, but she’ll need to develop on defense and as a passer to have a long career in the WNBA. Grade: A+

For someone of her size, Alarie is extremely skilled in several facets of the game. She has the potential to become a super effective stretch four in the league, as long as she continues to develop her 3-point shot. She’s already a dominant force down low, and if she can hit her mid-range jumpers at a higher clip, she’ll be considered a steal in the draft at this position. Grade: A

The South Carolina senior burst onto the scene this season after taking on a much bigger role. A fierce competitor, her activity and effort on the defensive end has never been in question, but she’s a bit undersized as a post player. She will need to show her improved 3-point shooting from this season is real. Grade: B

Harris is a pass-first point guard, but don’t underestimate her scoring ability. She’s just as much a shooting threat as she is one passing. The South Carolina senior takes care of the ball and has been touted for her leadership in college, but most importantly she’s shown steady improvement over the course of her college career. She improved her 3-point shooting from 30.7 percent her junior year to nearly 40 percent the following year and improved as a playmaker each season. Grade: A+

Hebard has no outside shot, which might limit her ceiling a bit coming into the league, but she’s an ultra-efficient interior scorer — 1.24 points per possession and shot 68.5 percent from the field as a senior — and knows how to play in the pick-and-roll. She’s smart, works hard and has experience fitting in alongside other talented players. Grade: B

As surprising as it was for Walker to declare for the WNBA Draft early, she is coming off her best college season to date. Her elite shooting ability on the wing makes her one of the most intriguing players in this draft, and her size is beneficial for teams looking to add length to their defense. She was one of the top-20 scorers in the nation last season, and even though some thought she could’ve used another year of development under Geno Auriemma at UConn, she’ll have the chance to contribute to a team immediately. Grade: A

Willoughby led the ACC in scoring last season and will be the first Virginia player to get drafted since 2010. She has great size on the wing, and her ability to score from all over the court makes her an intriguing prospect. Grade: B+

Laksa tore her ACL a few games into the 2018-19 season, and instead of returning for an extra year with a medical redshirt she decided to turn pro and return to her native Latvia. She’s a wing who can really shoot, and that’s always going to earn you a look. Grade: B

Jones is an incredible athlete and had a breakout season in her senior year at Louisville. After three seasons in which she didn’t average above 10 points a game, she put up 14 points on a nightly basis while significantly improving her 3-point shooting over the course of her career. Grade: B-